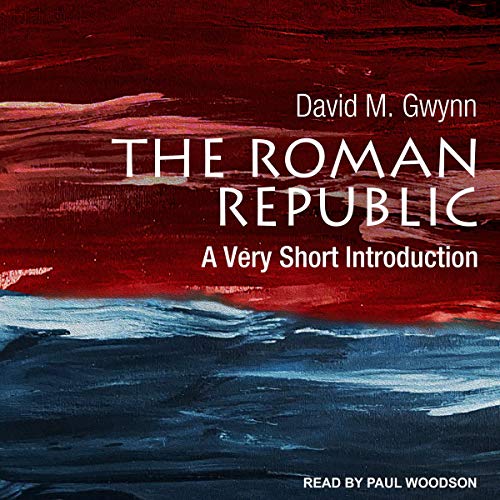 The rise and fall of the Roman Republic occupies a special place in the history of Western civilization. From humble beginnings on the seven hills beside the Tiber, the city of Rome grew to dominate the ancient Mediterranean. Led by her senatorial aristocracy, Republican armies defeated Carthage and the successor kingdoms of Alexander the Great, and brought the surrounding peoples to east and west into the Roman sphere. Yet the triumph of the Republic was also its tragedy.

In this Very Short Introduction, David M. Gwynn provides a fascinating introduction to the history of the Roman Republic and its literary and material sources, bringing to life the culture and society of Republican Rome and its ongoing significance within our modern world.

What listeners say about The Roman Republic

OK. Probably a bit lumpy for my liking. skips chunks and omits detail. if you want VERY key moments OK, any more and it will be found wanting.