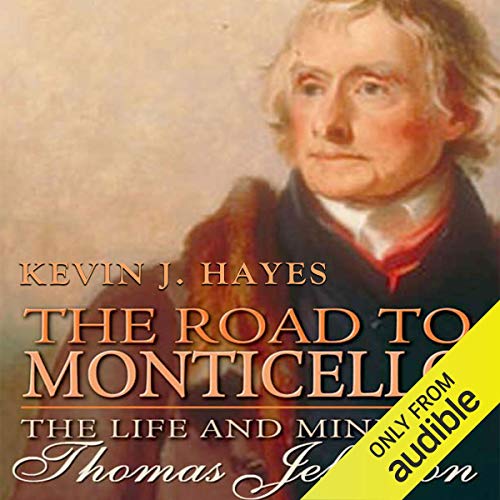 The Road to Monticello

Thomas Jefferson was an avid book-collector, a voracious reader, and a gifted writer - a man who prided himself on his knowledge of classical and modern languages and whose marginal annotations include quotations from Euripides, Herodotus, and Milton. And yet there has never been a literary life of our most literary president.

In The Road to Monticello, Kevin J. Hayes fills this important gap by offering a lively account of Jefferson's spiritual and intellectual development, focusing on the books and ideas that exerted the most profound influence on him. Moving chronologically through Jefferson's life, Hayes reveals the full range and depth of Jefferson's literary passions, from the popular "small books" sold by traveling chapmen, such as The History of Tom Thumb, which enthralled him as a child; to his lifelong love of Aesop's Fables and ; his engagement with Horace, Ovid, Virgil and other writers of classical antiquity; and his deep affinity with the melancholy verse of Ossian, the legendary third-century Gaelic warrior-poet.

Drawing on Jefferson's letters, journals, and commonplace books, Hayes offers a wealth of new scholarship on the print culture of colonial America, reveals an intimate portrait of Jefferson's activities beyond the political chamber, and reconstructs the president's investigations in such different fields of knowledge as law, history, philosophy and natural science.

Most importantly, Hayes uncovers the ideas and exchanges which informed the thinking of America's first great intellectual and shows how his lifelong pursuit of knowledge culminated in the formation of a public offering, the "academic village" which became UVA, and his more private retreat at Monticello. Gracefully written and painstakingly researched, The Road to Monticello provides an invaluable look at Jefferson's intellectual and literary life, uncovering the roots of some of the most important - and influential - ideas that have informed American history.

What listeners say about The Road to Monticello

way too much opinon. it was very informative, but I had to be careful to sort opinion from fact.

Would you listen to The Road to Monticello again? Why?

I never realized how much of America is rooted in the life and character of Thomas Jefferson. he is fascinating!

David is easy to listen to.

What could Kevin J. Hayes have done to make this a more enjoyable book for you?

I would like to have known more about what Thomas Jefferson's life was about on his way to building Monticello, not what books he might have read.

He has a nice voice and good diction.

This book was just so boring. I wanted to fast forward through most of it.

struggled to finish. took me months. I appreciate his love of books, but wanted to learn more about the man. if this was in the book, it was hidden by his library.

Dry, dry, dry as a grocer’s bill.
Pleasantly narrated, David Baker did the best he could with this thin excuse for a biography.
It is profoundly disappointing that such a brilliant and extraordinary life could be reduced to this dust.