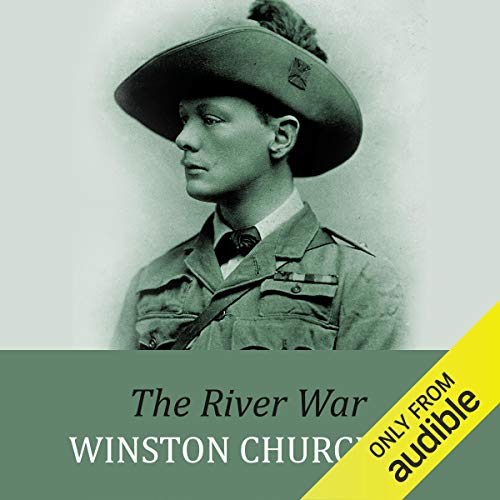 The northeastern quarter of the continent of Africa is drained and watered by the Nile. Among and about the headstreams and tributaries of this mighty river lie the wide and fertile provinces of the Egyptian Soudan. Situated in the very centre of the land, these remote regions are on every side divided from the seas by 500 miles of mountain, swamp, or desert.

The great river is their only means of growth, their only channel of progress. It is by the Nile alone that their commerce can reach the outer markets or European civilisation can penetrate the inner darkness. The Soudan is joined to Egypt by the Nile as a diver is connected with the surface by his air pipe. Without it there is only suffocation. Aut Nilus, aut nihil!

The town of Khartoum, at the confluence of the Blue and White Niles, is the point on which the trade of the south must inevitably converge. It is the great spout through which the merchandise collected from a wide area streams northwards to the Mediterranean shore. It marks the extreme northern limit of the fertile Soudan. Between Khartoum and Assuan the river flows for 1,200 miles through deserts of surpassing desolation.

At last the wilderness recedes, and the living world broadens out again into Egypt and the Delta. It is with events that have occurred in the intervening waste that this audiobook is concerned. The real Soudan, known to the statesman and the explorer, lies far to the south - moist, undulating, and exuberant.

But there is another Soudan, which some mistake for the true, whose solitudes oppress the Nile from the Egyptian frontier to Omdurman. This is the Soudan of the soldier. Destitute of wealth or future, it is rich in history. The names of its squalid villages are familiar to distant and enlightened peoples. The barrenness of its scenery has been drawn by skilful pen and pencil. Its ample deserts have tasted the blood of brave men. Its hot, black rocks have witnessed famous tragedies. It is the scene of the war.

What listeners say about The River War

This is one of Winston best stories & the narrator reads with much gravitas.

Hugely important, but largely forgotten, Winston takes you with him through the dark heart of Africa. You will learn of Chinese Gordon, Dervish Caliphates and many tales heroism and folly.

This is some of Winston's best writing & you'll probably want to listen to this more than once.

Churchill is my favorite historian. This book is a useful history to this day. My only complaint is this is an abided edition.

A well written and read account of the events leading to the conquest of the Sudan. Churchill's descriptions of events, the people and the lands are excellent. accounts of the battles are animated and full of relevant detail. I had maps to hand which really helped. Looking for this in book form now.