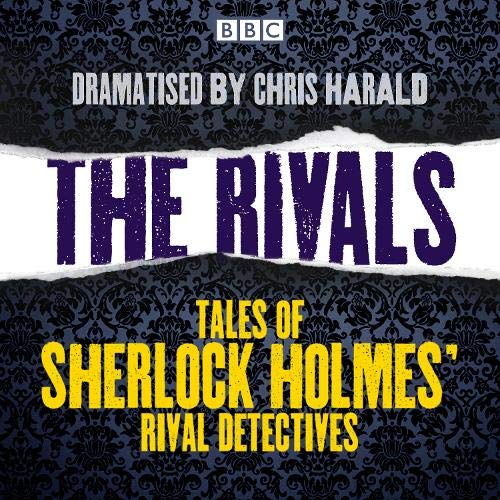 Inspector Lestrade of Scotland Yard was made to look a fool in the Sherlock Holmes stories. Now he gets his own back, introducing 16 tales of detectives whose abilities rival that of the great Sherlock Holmes.

Dramatised for radio by Chris Harrald, these stories are written by masters of the crime and thriller genre, all contemporaries of Arthur Conan Doyle.

They include:
"The Murders on the Rue Morgue" by Edgar Allan Poe
"The Problem of Cell 13" by Jacques Futrelle
"Murder by Proxy" by Matthias McDonnel Bodkin
"The Mystery of Redstone Manor" by Catherine Louisa Pirkis
"The Problem of the Superfluous Finger" by Jacques Futrelle
"The Clue of the Silver Spoons" by Robert Barr
"The Intangible Clue" by Anna Katharine Green
"The Game Played in the Dark" by Ernest Bramah
"The Kinght's Cross Signal Problem" by Ernest Bramah
"A Snapshot" by Matthias McDonnel Bodkin
"Seven, Seven, Seven - City" by Julius Chambers
"The Moabite Cipher" by R Austin Freeman
"The Clairvoyants" by Arthur B. Reeve
"The Stanway Cameo Mystery" by Arthur Morrison
"The Secret of Dunstan's Tower" by Ernest Bramah
"The Mystery of the Scarlet Thread" by Jacques Futrelle

What listeners say about The Rivals: Tales of Sherlock Holmes’ Rival Detectives