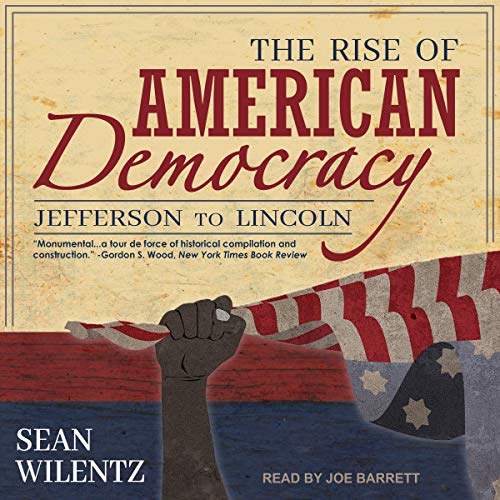 The Rise of American Democracy

A grand political history in a fresh new style of how the elitist young American republic became a rough-and-tumble democracy.

In this magisterial work, Sean Wilentz traces a historical arc from the earliest days of the republic to the opening shots of the Civil War. One of our finest writers of history, Wilentz brings to life the era after the American Revolution, when the idea of democracy remained contentious, and Jeffersonians and Federalists clashed over the role of ordinary citizens in government of, by, and for the people. The triumph of Andrew Jackson soon defined this role on the national level, while city democrats, Anti-Masons, fugitive slaves, and a host of others hewed their own local definitions. In these definitions, Wilentz recovers the beginnings of a discontent - two starkly opposed democracies, one in the North and another in the South - and the wary balance that lasted until the election of Abraham Lincoln sparked its bloody resolution.

What listeners say about The Rise of American Democracy

This is a very informative book. However, the narration is such that it becomes monotonous. I would suggest the physical book on this one.

A sweeping history of the unpredictable rise of the United States’ most disturbing and laudable mess, democracy.