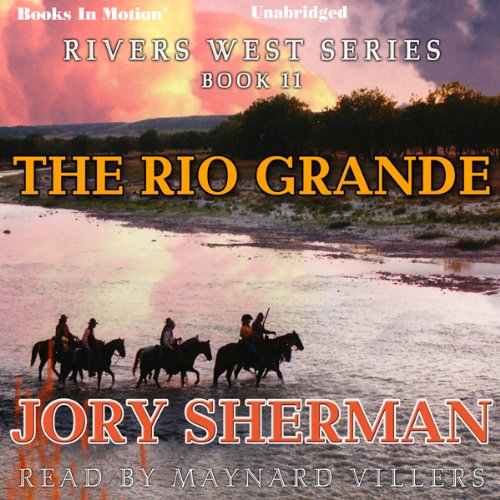 From the distant mountains, through the vast deserts to the Gulf of Mexico flows the Rio Grande River, giving life, promising adventure, shaping empires. And across its banks fought the Americans, the Mexican Army, the Shoshone, the Utes and the Arapaho Indians. Matthew Caine, an American agent working against the Mexican Army, also known as "El Gigante", attempts to make allies of the plains Indians. Lieutenant Melgares, of the Mexican Army is sworn to find the American spy and bring him to the Santa Fe gallows.

What listeners say about The Rio Grande