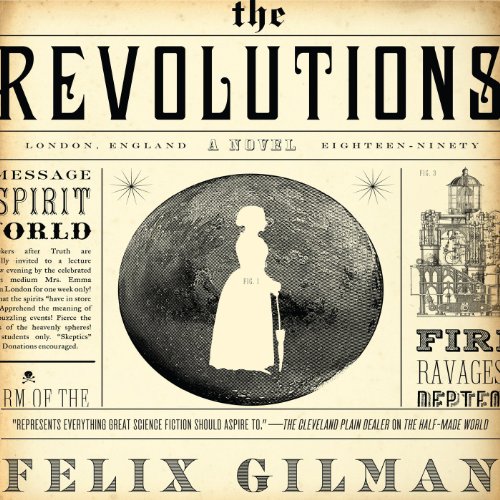 In 1893, young journalist Arthur Shaw is at work in the British Museum Reading Room when the Great Storm hits London, wreaking unprecedented damage. In its aftermath, Arthur's newspaper closes, owing him money, and all his debts come due at once. His fiancée, Josephine, takes a job as a stenographer for some of the fashionable spiritualist and occult societies of fin de siècle London society. At one of her meetings, Arthur is given a job lead for what seems to be accounting work, but at a salary many times what any clerk could expect. The work is long and peculiar, as the workers spend all day performing unnerving calculations that make them hallucinate or even go mad, but the money is compelling.

Things are beginning to look up when the perils of dabbling in the esoteric suddenly come to a head: A war breaks out between competing magical societies. Josephine joins one of them for a hazardous occult exploration - an experiment which threatens to leave her stranded at the outer limits of consciousness, among the celestial spheres. Arthur won't give up his great love so easily, and hunts for a way to save her, as Josephine fights for survival... somewhere in the vicinity of Mars.

What listeners say about The Revolutions

I enjoyed this story. The narrator is superb. The writing is imaginative and atmospheric. Great escapism.

Would recommend for something different.

The story is fantastic. Narration is well done, however sometimes there are words that are spoken so softly that I couldn't hear.

The begins interestingly enough and has a nice pace, but the style of story drastically changes in the second half and becomes so tedious it is painful. Skip this one.

The term Scientific Romance was sometimes applied to early, 19th century versions of Science Fiction and the term certainly applies to this dualistic novel by Felix Gilman. The Revolutions begins as an intriguing story about a 19th century man who falls in love and is drawn into some very odd goings-on involving occultism, technology and magic. The first half of the book builds nicely. It's not quite clear exactly what's going on but it's definitely interesting! Unfortunately, the novel takes a very sharp turn near it's midpoint, becoming something much more akin to the novels of Edgar Rice Burroughs. In fact, I'd say it becomes a tribute to ERB, who is even referenced in the book. I grew up reading Burroughs and thoroughly enjoyed his books as a kid but the first half of The Revolutions provides little indication that the book is going to veer into ERB territory and the change in the novel's character is so dramatic, it almost feels like a betrayal. Consequently although well-written and narrated by the excellent Ralph Lister, I can only give the book 3 stars, and that primarily for the first half.