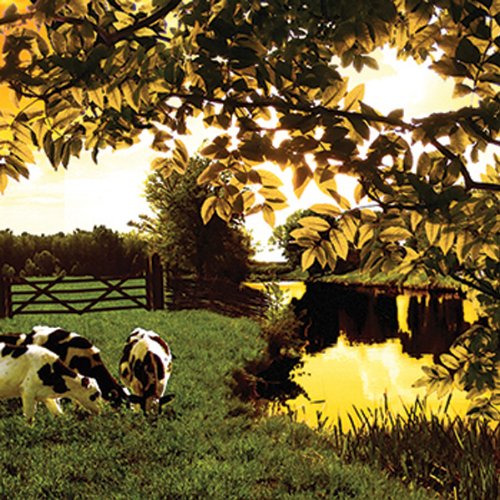 The Return of the Native

One of Thomas Hardy's classic statements about modern love, courtship, and marriage, The Return of the Native is set in the pastoral village of Egdon Heath. The fiery Eustacia Vye, wishing only for passionate love, believes that her escape from Egdon lies in her marriage to Clym Yeobright, the returning "native", home from Paris and discontented with his work there. Clym wishes to remain in Egdon, however - a desire that sets him in opposition to his wife and brings them both to despair. Surrounding them are Clym's mother, who is strongly opposed to his marriage; Damon Wildeve, who is in love with Eustacia but married to Clym's cousin Thomasin; and the oddly ambiguous observer Diggory Venn, whose frustrated love for Thomasin turns him into either a guardian angel or a jealous manipulator - or perhaps both.

This stew of curdled love and conflicting emotions can only boil over into tragedy, and the book's darkly ironic ending marks it as both a classically Victorian novel and a forerunner of the modernist fiction that followed it.

What listeners say about The Return of the Native

How Sweet the Sound

This book is an excellent example of how wonderful a listening experience can be when a fantastic writer combines with a gifted narrator. Thomas Hardy writes in a way that makes mundane details seem enthralling. While the story is entertaining enough, on its own it wouldn't compel four stars; it's the writing that does the trick. Well worth a listen.

Continuing my journey through Thomas Hardy's works . . . I thoroughly enjoyed The Return of the Native as narrated by Simon Vance. I found Far From The Madding Crowd and The Mayor of Casterbridge more compelling and generally more interesting, but this is a lovely listen with an excellent climax. Vance does his usual excellent job; the characters are well-voiced and differentiated. I could have lived without the voice for Grandfer Cantle (if he sang one more song I was going to have to shoot him), but thankfully he plays a very minor part. I found the character of Diggory Venn, with whom we begin the story, to be complex and fascinating.

Aw yes, Romantic Literature, intense emotion as an authentic source of aesthetic experience. I end each novel in adoration of the soft subtleties of the story but emotionally wrought with exhaustion. I am drained but satiated. And yet, each time I start a new novel from this classical period, I wonder why I subjected myself to this difficult English and slow and utterly non-relevant happenings with people whose style of life I will never have a common experience with which to associate – other than the essential of human interaction. Human interaction remains the same over the past 180 years. Then, some twenty percent into each book, I am in love again with the voyage I have been taken upon. The words, the words, the elegant and flowery words. All this comes true once again in The Return of the Native, by my favorite Romanticist, Thomas Hardy.

Somehow in the mist of that “difficult English and slow and utterly non-relevant happening,” there comes a Bang! A subtle little impropriety here or there, one which would never be of travail in today’s world, buckles up into the meanderings of other little “questionable” exertions taken by other of the book’s characters and the whole world of quietude is now a vortex of scandal, rashness and (purported) perfidy. A rush into the perplexity and an intellectual joy following how the story unravels itself into more and more complexity until at its penultimate of fiasco - a tranquil tragedy and a peaceful they-lived-happily-ever-after (but for the lingering memories). The Romantic novel of the English pre- and Victorian era is magnificent.

The Return of the Native is a story of one loving him/her with whom they would have been eternally happy, but for a coquettish venturesome lust that leads each character to forsake the opportunity and then has those malapropos persons attached to some other than the ideal him or her, who happened to be the former lover of the former lover or something of that nature. In The Return of the Native, everything works out to be fruitless for all. Everyone suffers some aspect of calamity – and we all learn truisms with which to go on with our own lives. Great characters, wonderful travails, superbly written and very well read.

I have to admit this isn't one of my favorite novels by Thomas Hardy. But if you're a Hardy fan, it's well worth a listen, and Simon Vance does his usual excellent job keeping the characters straight and the action flowing. (One surprise is a fair amount of humor in the conversations among the various inhabitants of the countryside; I don't usually think of "humor" and "Thomas Hardy" in the same breath, but he has his moments.)

A beautifully written story telling of the customs of mid-nineteenth century English heath dwellers. An absolute pleasure from my favorite author.

Like Dickens before him, Hardy comes up with some spectacular names for his characters. Who amongst us has ever met a woman called Eustachia or a man going by the name of Diggory? Never mind, it all adds to the power of this novel, one of Hardy's best. The story starts slowly and enigmatically as the author sets the scene of Egdon Heath with its empty vistas of moorland and sparse assortment of dwellings. But it soon picks up speed and maintains the readers interest with a variety of entanglements, surprises, joys & troubles. If you like any of Hardy's other books you will enjoy this one too. The main question is whose resding to choose from. I started with Alan Rickman's but found his strength of voice too much for the narrative. So I switched to Simon Vance's reading which I thoroughly recommend. And thanks to Audible's returns policy this was easily accomplished without incurring any extra expense.

A half sad and nearly 'half' glad story was being unfolded, here and there, up and down, touching and withdrawing...Once again Simon Vance has given his master blessing. It is almost OK to look beyond the faults of the characters. From time to time, it's comforting to know the present of the 'goodness', presented by and manifested through a reddleman. It is a 'real' story worth sharing.