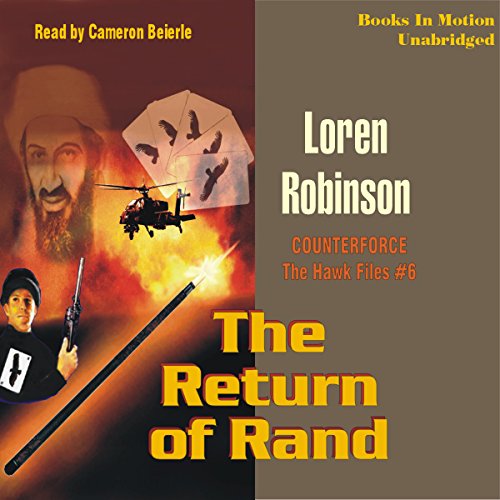 The Return of Rand

The Return of Rand

This unexpected case may prove to be the most extreme yet for "The Hawk." A neutron bomb is planted somewhere in the United States. The Hawk must stop a spreading network of Al Qaeda sleeper cells, a planned germ warfare attack at a packed football stadium, and track down the elusive bomb carrier.

Lane and his team are assisted by a mysterious pair of allies. One carries a strange "cue stick" weapon. Rand has returned, but refuses to reveal if he is of earthly or alien origin.

Meanwhile, strange calls from someone calling himself "Eagle" lead Lane, Nancy and Tom on a hunt. No agency claims this agent, yet his leads are accurate, and he seems to be a friend.

What listeners say about The Return of Rand

Where does The Return of Rand rank among all the audiobooks you???ve listened to so far?

What other book might you compare The Return of Rand to and why?

Silver Tower where author bring you up todate from earlier books.

No, he was fine

NO! I like to listen in bed and finish the next day