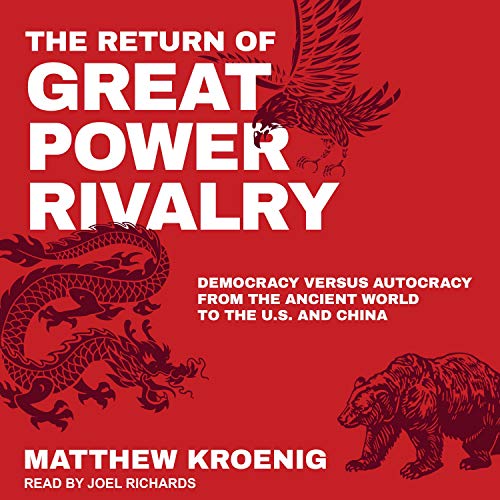 The Return of Great Power Rivalry

The United States of America has been the most powerful country in the world for more than 70 years, but recently the US National Security Strategy declared that the return of great power competition with Russia and China is the greatest threat to US national security. Further, many analysts predict that America's autocratic rivals will have at least some success in disrupting - and, in the longer term, possibly even displacing - US global leadership.

Brilliant and engagingly written, The Return of Great Power Rivalry argues that this conventional wisdom is wrong. Drawing on an extraordinary range of historical evidence and the works of figures like Herodotus, Machiavelli, and Montesquieu and combining it with cutting-edge social science research, Matthew Kroenig advances the riveting argument that democracies tend to excel in great power rivalries. He contends that democracies actually have unique economic, diplomatic, and military advantages in long-run geopolitical competitions. He considers autocratic advantages as well but shows that these are more than outweighed by their vulnerabilities. By advancing a "hard-power" argument for democracy, Kroenig demonstrates that despite its many problems, the US is better positioned to maintain a global leadership role than either Russia or China.

What listeners say about The Return of Great Power Rivalry

I was simply delighted that a book was not pushing alarmist Doom!

The thesis is that Russia and China are at a distinct disadvantage competing against America economically, politically, technologically and socially.

and then he tells you why.