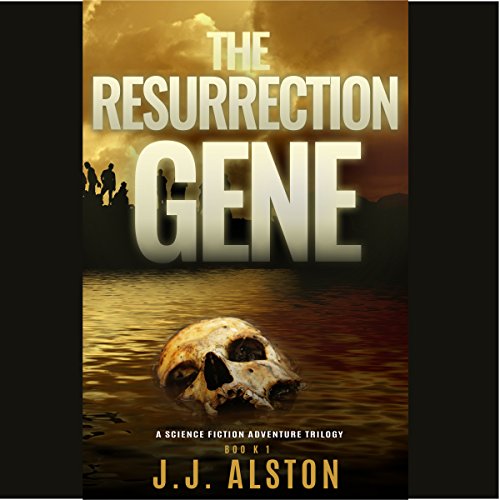 They said it was impossible. Reanimation of dead tissue could never be done. They were wrong and now the dead are arising. Attempts to reanimate dead cells had been happening for decades. But all experiments had been a complete failure.

In a race against time, bounty hunter Harrison Quaid must band together with a beautiful genetic scientist and her mysterious grandfather who has walked right out of the history books to stop an evil mastermind from using this technology for mass destruction.

For decades, the Leader's organization has been working on a plan to bring back the soldiers whose lives were lost in World War II. Millions of dollars of research and development has gone into the cause to no avail.

With the help of one of the most brilliant scientist in history, they are close to keeping their organisms alive, but they are missing the genetic sequence that will keep their resurrected beings from dying for good after only a few days.

Scientist Emily Hathaway has been living in Costa Rica for the last few years trying to save the locals from diseases using her knowledge of genetically modified plants. She is perfectly happy living under the radar and under the watchful eye of the Costa Rican government and plans to until everything changes. Only she has the missing sequence that could save the world or be used to destroy all of mankind.

Bounty hunter Harrison Quaid is perfectly happy in early retirement living in the Caribbean and going on sunken treasure expeditions, but then billionaire Gene Morgan arrives and gives him an offer he can't refuse. He drops everything to hunt down the one woman that he left behind and that he had hoped to keep hidden forever: Emily.

Both Harrison and Emily must band together to protect the missing keys to the genetic sequence of the resurrection gene. They must risk everything as they jet-set worldwide to accomplish their mission. But the Leader, the billionaire, a demented German woman assassin, and a Chinese hitman all want the same thing and they're not afraid to destroy everything in their path to get it.

Harrison and Emily need each other more than they know and so does the rest of the world.

What listeners say about The Resurrection Gene