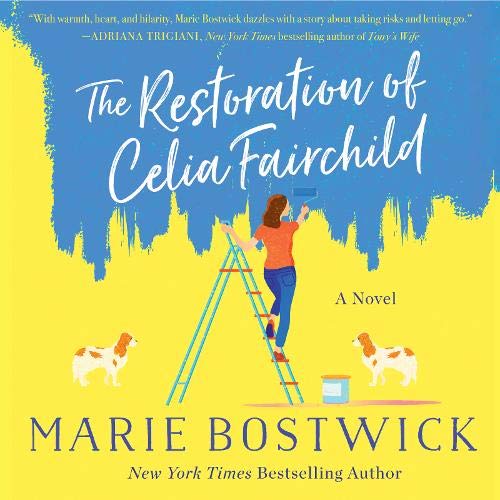 The Restoration of Celia Fairchild

“The Restoration of Celia Fairchild is wise, witty, and utterly compelling.” (Jane Green, New York Times best-selling author of The Friends We Keep)

Evvie Drake Starts Over meets The Friday Night Knitting Club in this wise and witty novel about a fired advice columnist who discovers lost and found family members in Charleston, by the New York Times best-selling author of The Second Sister.

Celia Fairchild, known as advice columnist "Dear Calpurnia", has insight into everybody’s problems - except her own. Still bruised by the end of a marriage she thought was her last chance to create a family, Celia receives an unexpected answer to a “Dear Birthmother” letter. Celia throws herself into proving she’s a perfect adoptive mother material - with a stable home and income - only to lose her job. Her one option: sell the Charleston house left to her by her recently departed, estranged Aunt Calpurnia.

Arriving in Charleston, Celia learns that Calpurnia had become a hoarder, the house is a wreck, and selling it will require a drastic, rapid makeover. The task of renovation seems overwhelming and risky. But with the help of new neighbors, old friends, and an unlikely sisterhood of strong, creative women who need her as much as she needs them, Celia knits together the truth about her estranged family - and about herself.

The Restoration of Celia Fairchild is an unforgettable novel of secrets revealed, laughter released, creativity rediscovered, and waves of wisdom by a writer Robyn Carr calls "my go-to author for feel-good novels".

What listeners say about The Restoration of Celia Fairchild

I really wanted to love it!

I desperately wanted to love this book. An hour or so in, I debated returning it but decided to try to stick with it, thinking...hoping it would get better. Every scenario was predictable, every chapter uneventful. I couldn’t keep the neighbors straight because I was never drawn in enough to care.

If you have read any of Marie Bostwick’s books you will enjoy this one! A long winding, real life tale that has a few story lines blending ithe way the author has done before to lead us to know and love the characters. My new favorite author.

A good light read - good narration too. No over the top “southern” accents. Very enjoyable

I normally read mysteries and historical fiction. This was a nice break. An easy story to listen to.

I truly enjoyed this story. Sometimes when we take the eye off of the ball and trust it can come back to bite us in the butt. Trust, but verify. Just when you think you’re living your best life, you open your eyes and find that those who you put your trust and faith in the most have completely betrayed your trust, your money, your hope, what you wanted for your future and your name. It’s a hard pill to swallow and yet with some wonderful friends, old and new, a new home you manage to create a wonderful new life for yourself. Some of it good, some not, but with a loving support group learn that you can get through anything and not just survive, but thrive and have a great life.

I could not put “The Restoration of Celia Fairchild” down! The storyline, characters and breadth of the story was terrific. The performance by Sarah Naughton was also fitting for the fantastic book! Bravo!

This book will stand out as one that I could recommend to anyone. The writing is crisp and consistently thoughtful. It will speak to a teenager in crisis and a senior citizen facing an uncertain life situation.

This was an amazing book, as ALL by Marie Bostwick are, so I am very hopeful that we will see a sequel, better yet, a series, from this strong foundation!!

I want to live in this neighborhood with EVERY neighbor mentioned, her new found cousin, long lost best friend, Pria and her mom Happy, the two pups and the love interest!!

Thank you for giving us such an amazing book....we await your next one!