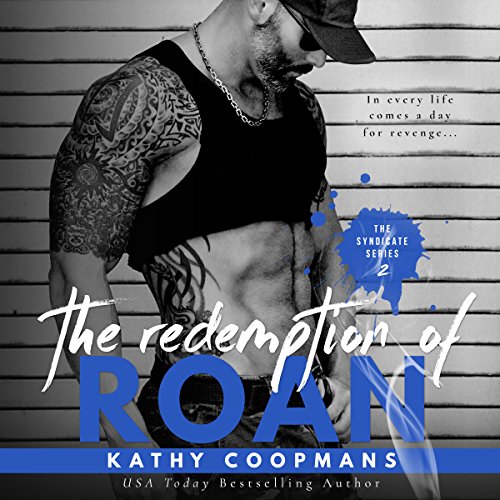 The Redemption of Roan

The Redemption of Roan

From the USA Today best-selling author comes the second book in The Syndicate series.

Roan Diamond's loyalty to the family may be obligated by blood, but nobody ever said he had to love them all, right?

As the next in line to head the Diamond dynasty, he has loose ends to take care of, and one of those is his brother Royal. Yet his plans for revenge fall apart the minute he lays eyes on Alina - Royal's ex-girlfriend, who also happens to be the daughter of the rival Solokov family.

As a mafia princess, Alina Solokov knew it wouldn't be easy when she made the decision 10 years ago to leave the family for a new life at a college in England - but betrayal is often a dish served cold by those who you love the most. Now, back in the United States after a job offer that she couldn't refuse, her new found strength is pushed to the limits when Royal returns to claim her for his own.

When the man who captures her heart amongst the chaos is front and center in a lifestyle she swore never to return to, can she hold her ground and fight being sucked back into the black hole that is the mafia underworld? Or will Roan's love be worth the ultimate sacrifice?

The story line was hard to follow because I was so stuck on the awful narration. There was very little change between the character voices and the inflection was just off in every word throughout the whole book. The narrator really ruined this for me.


I defiantly like this book better than the first, only because I was a fan of Roan in the first book so much I was glad he got his own.

I am going to say it…. Alina isn't my favorite female character, I liked her I just wasn't her biggest fan but hey Roan wanted her and that’s all the really matters right.

These two really were right for each other, I think what I was leery of with her was about half way through she became a little weak. Think she needed to be the one to save everyone.. Yeah no. Roan is the one that needed to take his brother down.

Would def. recommend this series though the love and fight these characters have for each other leap of the page or in to your heart like no others.

Again the narration was just ok for me, she didn't take away from the story at all just wouldn't have been my first choice.

Would you try another book from Kathy Coopmans and/or Stacy Hinkle?

I enjoyed Stacy's narration in the past.

In this book she also captured the mode of the characters that fitted the plot.

The book itself was better written than the first one in the series.

Would you ever listen to anything by Kathy Coopmans again?


Which character – as performed by Stacy Hinkle – was your favorite?

She is a mafia princess. She lives in the world and knows her role and the interests of all the players.

She wasn't an easy pone Ronan could use to his advantage.

The narrator over-dramatized quite a bit. I love this story so it wasn't too bad.