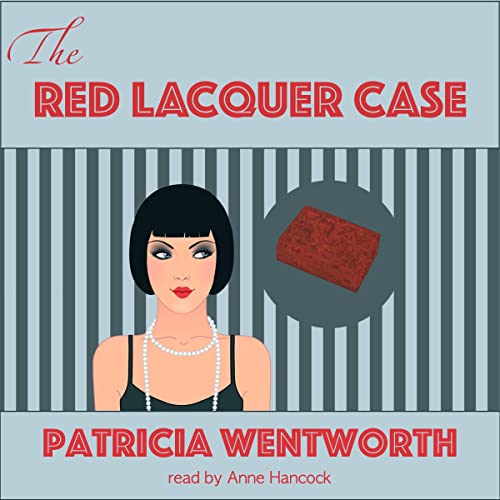 Sally Meredith's young life has been full of adventure. As a suffragist, she fought for women's right to vote. She drove an ambulance in France during the war. And she's already had a proposal and a broken engagement.

But the past few years have been deadly dull, taking care of a cranky relative and now living alone in a quiet village. So when her eccentric uncle Fritzi arrives with the tale of his most recent invention - a deadly gas that nations are striving to get hold of - she's intrigued. Fritzi hides his formula in a Chinese lacquer box and demonstrates the intricacies of opening it. But...someone is lurking outside who vanishes into the night. The next day Fritzi and the box disappear and Sally's life becomes exciting again. And dangerous.

In a world of intrigue, it's difficult to distinguish friends from enemies, and Sally soon finds that her former fiance Bill Armitage has some interest in the case. As listeners of Patricia Wentworth novels have come to expect, this heroine is intelligent and canny enough to find her own solutions out of tight spots. But it never hurts to have a backup.

What listeners say about The Red Lacquer Case

If you read the publisher's description, you have a pretty good sense of what to expect. It doesn't feel like a 97-year-old story, especially when Sally explains to another character why she feels that a new, dangerous weapon should be prevented from being created, or when her love's tears fall on her (yes, big strong English man in 1924 was moved to tears - it was sweet!). Be prepared, there's dangerous driving - he was going at least 40 mph!!! The police couldn't catch him, what with village constables using bicycles. And there was a brief glimpse into the travails of someone trying to start a cold car (in an emergency) when the crank wouldn't work (real-world issues at the time).
Anne Hancock continues as a good reader of Patricia Wentworth's work.

I have read all of the books offered by Patricia Wentworth. This early book was a little hard to get into.
The plot was a little vague and the character development not as well done as in her usual books.
Any Miss Silver Book is a better choice from this author. Still love her books overall .
Narration was very good.