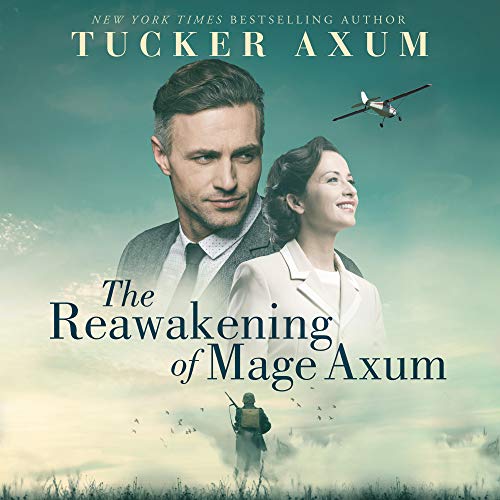 The Reawakening of Mage Axum

1944: Mage Axum leaves behind a wife and daughter in Texas to join the fight against the Germans. Killed in action during the Ardennes Campaign before his time to die, Mage wakes in a French hospital. Confused and unsure of who he is, a sympathetic priest comes to his aid. Mage soon discovers he has reawakened in the body of James Karl, a fellow American soldier who was found unconscious on the battlefield.

Struggling to comprehend this turn of events, Mage returns to the United States to begin his new life as James Karl. Confronted with bittersweet memories of his old life but drawn to the blank slate of the new one, Mage sets out on an unexpected path that will test his courage and make him realize second chances are not to be taken for granted.

What listeners say about The Reawakening of Mage Axum

WOW...What an incredible story. I was hooked from beginning to end. I just couldn't stop listening. Amazing amazing amazing

Extremely well narrated and I enjoyed every second

I really enjoyed this book. The ending was unexpected. You can read the synopsis in the description so I will not repeat that information. This is a book that I would listen to again.

Great narration by J. Scott Bennett. He is one of my favorite narrators.

I will definitely listen to more books by this author and narrator.
I received this book in exchange for my honest review.

This is an awesome story! It's extremely well written and the narrator is one of the most talented that I've ever heard.

I loved listening to J Scott Bennett, brilliant narrator and brings so much to the book/story.

I was taken in from the start. just amazing . I just couldn't stop listening. The ending was unexpected. A great story.