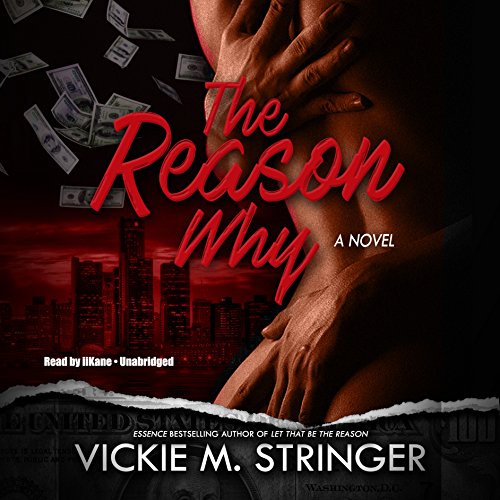 Pamela is a naïve coed from Detroit, going to classes by day and clubs by night. The hottest spot is Jazzy Jay's, and that's where one of the guys slips his gun into her pocketbook, knowing that the police who have just descended on the club won't check the girls for weapons. Pamela doesn't know his name or anything other than he's cute and charming. But when she tracks him down to return his property, she finds out his name is Chino, his game is hustling, and his plan is to make her his woman - and give her more than she ever bargained for out of life, love, and the pursuit of money.

What listeners say about The Reason Why

Why did she end it this way?

I'm not sure who would enjoy this book. I'm extremely disappointed by the story and especially the ending. The author insisted on punishing the main character although she wasn't deserving of the out come. I'm left wondering why?

Has The Reason Why turned you off from other books in this genre?

I'm pretty much over all the same stories about these criminals and their burgeoning drug empires. I'd actually like to see more stories told where the characters aren't involved in illegal activity.

I bought and read Let That Be The Reason years ago. I knew there was another book but never looked for it. imagine my surprise when I found this on Audible. This was so good and explained a lot. Now I'm about to listen to Let That Be The Reason again. I remember loving that book when I read it but can't remember what happened to Pam. Great story and narration.

The narrator was great but the Story line was annoying. no character development. Pam was just dumb and it just kept getting worse and worse. Chino was an asshole for no reason towards the end. I couldn't finish it

Great book. Narrator always on point. Chino is a complete A__hol_. i mean that from the bottom of my heart. LOL

There were moments I struggled to finish the book because of too much detail. Then I get to the end where there's not enough detail. I'm absolutely confused how there was a part A of the story, but then it went from point B to D while missing C.... There are so many questions left unanswered.

good but something is missing

I love the narriation but I feel like some of the story is missing some many questions to the point it makes no sense
like how did tracy ended up being wife how did they get to that ?
how did she find out she was pregnant when did this happen?
what happened after she shot him?

this was a good book all through I enjoyed it

I enjoyed how the book went just would love to know if chino ever found out that she never cheated on him and how his dum ass feel about it now...

Captivated but some unanswered questions

I read the other two books of the series prior to this one. I feel the author is holding some details back...I understand that 90% of novel is truth but I can’t quite grasp how the relationship ended as it did. There has to be more to it.
A great and captivating read!

it's a good story BUT

It seemed like it missed some parts. if you have read the other 2 books then this will make sense. I wish Queen would have explained more in this story. Also it seem like this storyline was jumbled not as smooth.

The storyline was boring. Not much happened.

The reader was too fast. Noone in the book was developed except the main character. He did nothing except flaunt his cash. This book lacked action. Very disappointed!