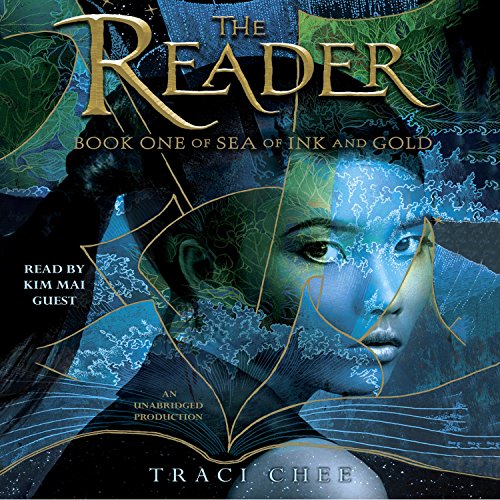 A stunning debut set in a world where reading is unheard-of, perfect for fans of Inkheart and Shadow and Bone.

Sefia knows what it means to survive. After her father is brutally murdered, she flees into the wilderness with her aunt Nin, who teaches her to hunt, track, and steal. But when Nin is kidnapped, leaving Sefia completely alone, none of her survival skills can help her discover where Nin's been taken, or if she's even alive. The only clue to both her aunt's disappearance and her father's murder is the odd rectangular object her father left behind, an object she comes to realize is a book - a marvelous item unheard of in her otherwise illiterate society. With the help of this book, and the aid of a mysterious stranger with dark secrets of his own, Sefia sets out to rescue her aunt and find out what really happened the day her father was killed - and punish the people responsible.

With overlapping stories of swashbuckling pirates and merciless assassins, The Reader is a brilliantly told adventure from an extraordinary new talent.

What listeners say about The Reader

the male characters sound ridiculous when read with the "youthful tone" of the narrator. worse when canibalism is the topic. I want to take it seriously but can't.

Reading one's own future is interesting!

This was an excellent story filled with such great adventures! I really enjoyed how the story flowed together. Sefia learns a lot more about herself and her family after her aunt is kidnapped. She sets off on a journey to find her, but has a gift for something that most people don't. She can read and then some. I definitely appreciated this story and am glad that I finally got to read it! Now to read the sequels too! How beautiful. It reminds me slightly of The Neverending Story (one of my all time favorite books), but takes on its own twists and origins. Of course, any book that has stuff about sailing the seas also makes me happy. I know my review is so vague, because I went into it barely knowing what it was about and want other to have that experience too.

Super interesting premise. A bit hard to follow at times, but the prose and narration were hypnotic. Needless/excessive violence at times, but overall a great listen.

I stumbled onto this trilogy, and so far I absolutely love it! At first I only half-listened and had trouble following along as it weaved through intertwined storylines, but once I started actually listening I got it.

The book is a bit slow. I feel a little more revision would have taken this really good story and made it great. I don't I would have finished reading the book because of it. Hopefully the next book addresses this issue

So sad that it is over and not another book to start listening to! I enjoyed the multiple story lines and the characters. I look forward to more stories by the author and the narrator was marvelous!

Reader was great, but the story just couldn't hold my attention. I really tried, but once I find myself flipping to other books or going to next chapter, it's a wrap.