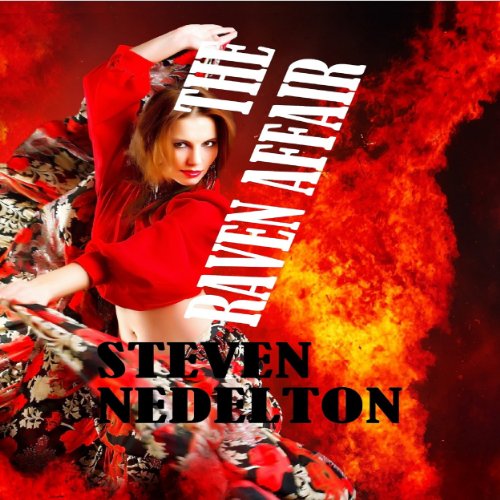 By: Steven Nedelton
Narrated by: Gregg A. Rizzo

It's about a hunt for a real life mass murderer.

Anton has been on the run for 20 years, one step ahead of Interpol. Italy, Spain, Ireland, and now America. The Interpol agents chasing him would never suspect that one of their trusted number is Raven, a ruthless, high-priced assassin.

Romance, betrayal, and murder are intertwined so tightly that no one can detect the invisible web of circumstances that connects the innocent people to the vicious criminals. It's only a matter of time until everything comes apart...

Dancer from The Crazy Horse Cabaret found shot to death. Early Saturday morning, about four a.m., the body of a young woman was discovered by police officer Jacque Prevot on Avenue Victor Hugo, while on his nightly patrol duty. She'd been shot once in the head and was found on the pavement next to her car.

The police identified the woman as the 24 year old dancer-performer, Mlle Ricky Bower. Formerly from Medellin, Columbia, she has been residing in an apartment on Avenue Victor Hugo for the past year. The motive for the murder is presently unknown. Her handbag contained all her documents and 5,000 francs in cash, as well as the keys to her 1971 red Porsche Carrera. The possibility of a mugging has been eliminated.

None of her relatives are known to reside in France. She had no known male friends. Her latest employment contract was with the famed Crazy Horse cabaret. The management of the cabaret spoke highly of her talents and beauty. They agreed that this is a great loss for the Paris nightlife scene. According to her co-workers, Mlle Bower was well liked by patrons and employees alike, and she was extremely popular among the cabaret clientele.

What listeners say about The Raven Affair