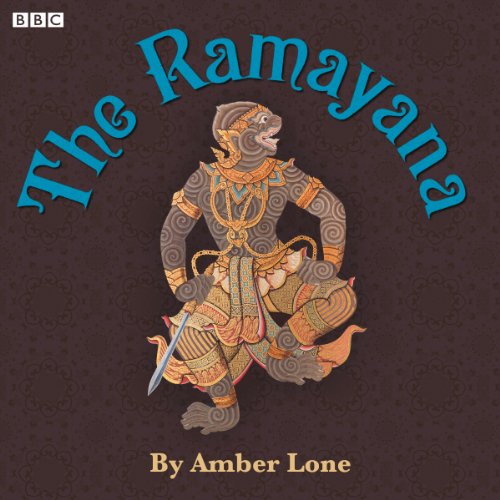 A distinctive modern version of an ancient Indian epic and one of the world's most popular love stories.

Part 1: Teenage Sita sees the most beautiful stranger in the street. She'll marry him or die. He is Prince Rama, heir to the throne, but his stepmother wants Rama sent into exile.

Part 2: Sita has been abducted by a ruthless warlord. Rama enlists the help of an army of monkeys to get her back. But has she betrayed him with the evil ruler of Lanka?

The ancient Indian epic The Ramayana is one of the world's most popular love stories. The separation and reunion of two lovers gives it perennial appeal but Rama's jealousy and Sita 's metamorphosis into a strong independent woman gives the story a contemporary feel. Outstanding composer Niraj Chag creates original music. By Amber Lone.

What listeners say about The Ramayana (Dramatised)