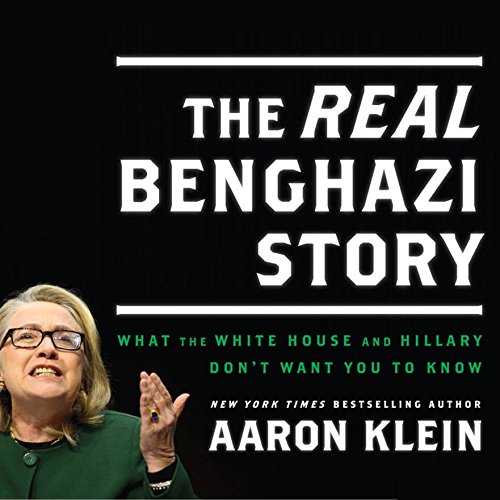 Bigger than Watergate! Bigger than Iran-Contra! Ten times bigger than both, said one representative. The Bengahzi scandal may have been covered up by the White House, but the truth is about to come out. The Real Benghazi Story is a groundbreaking investigative work that finally exposes some of the most significant issues related to the murderous September 11, 2012, attack - information with current national security implications.

Investigative journalist and New York Times best-selling author Aaron Klein provides the answers many have longed for from the secretive activities transpiring inside the doomed facility to shocking new details about the withholding of critical protection at the U.S. special mission. Learn about what really happened to Ambassador Chris Stevens that fated night, the central role Hillary Clinton actually played in the scandal, and more!

Also answered for the first time is why the State Department hired armed members of the al-Qaeda-linked February 17 Martyrs Brigade to protect the facility. New reasons are revealed for not sending air support or Special Forces during the assault, while extensively probing not only jihadist groups but also possible state actors behind the attack. These are just some of the new details to be revealed in this game-changing book.

What listeners say about The REAL Benghazi Story

Definitely worth reading! Many situations are brought to light in this book that the average person is and was not aware of.