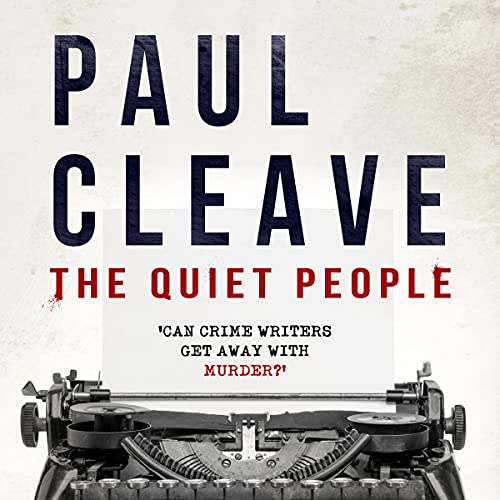 Cameron and Lisa Murdoch are successful crime-writers. They have been on the promotional circuit, joking that no one knows how to get away with crime like they do. After all, they write about it for a living.

So when their 7 year old son Zach goes missing, naturally the police and the public wonder if they have finally decided to prove what they have been saying all this time - are they trying to show how they can commit the perfect crime?

Paul Cleave is currently dividing his time between his home city of Christchurch, New Zealand, where all of his novels are set, and Europe, where none of his novels are set. His novels have so far been translated into 20 languages. He has won the Saint-Maur book festival's crime novel of the year, has been shortlisted for the Ned Kelly award, the Edgar Award, the Barry Award, and has won the Ngaio Marsh award three times for NZ crime fiction.

Cleave writes like the fine-tuned punches of a middleweight boxer - with short sharp jabs to the solar plexus that make you gasp. The Kiwi crime writer scores another knock-out punch with his latest novel... The pace and the carnage accelerate toward a climax lasting for several pages and leaving you breathless.
-- Courier Mail, Brisbane

What listeners say about The Quiet People

Enjoyed most of this..narration very good. The story was not only far fetched but very hard to grasp ....hence after finishing the book I still am unclear on exactly what went on and why!!