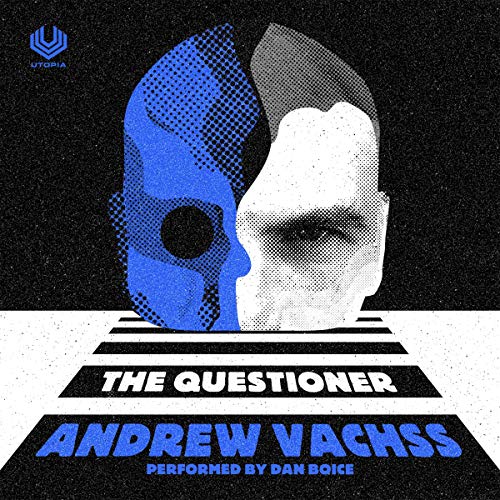 An all-new novelette by Andrew Vachss, author of the acclaimed Burke series.

For all secrets created, a tiny percentage is kept against any intrusion. The ultimate extractor of such secrets is the Questioner - a man who has trained himself to become empty, who uses that emptiness to listen fully, to sense what others need to hear, to respond in ways that lead them to reveal their most protected thoughts. Disdaining torture or coercion, he mines those secrets with nothing more than conversation.

For those who meet his price - governments, multinational corporations, and the most complex criminal organizations - the Questioner obtains information. The secrets he learns can create or topple empires, win or destroy fortunes, lubricate the gears of the world...or grind them to a halt.

But as the Questioner moves from one target to the next, just beyond the outer edge of his probes lurks something dangerous to his own emptiness. It will force him to turn his powers inward, to ask how he became what he is, and to find a truth he has never sought.

Andrew Vachss has been a federal investigator (USPHS), a social services caseworker, and directed a maximum security institution for “aggressive-violent” youths. Now a lawyer in private practice, he represents children and youth exclusively. He is the author of more than 30 novels and three collections of short stories, which have earned him such international awards as the Grand Prix de Littérature Policiére (France), the Falcon Award from the Maltese Falcon Society of Japan, the Deutschen Krimi Preis (Germany), and the Raymond Chandler Award (Italy), as well as graphic novels and a variety of special projects.

Dan Boice has narrated more than 30 titles for Audible in multiple genres. When not speaking out loud into a microphone, he can be found reading two books at a time, cooking, or writing freelance for a game company.

What listeners say about The Questioner

Please sir I want some more...

Any child of the secret knows through Senor Vachss that behaviour is truth. Not what people say...but what they do. Vachss' latest entry is of a man whose stock in trade is the extraction of that truth from the unwilling or unknowing. This story is only a small part of a larger story to come. Sign me up. If you are a fan...you'll need no words from me to partake. If you are new to the world of Andrew Vachss...and you don't mind short story as shape of things to come...welcome to his world. If you are lucky...like me...what lies before will anger you enough to do something about the reality behind true crime. And the author wouldn't have it any other way. Cheers!