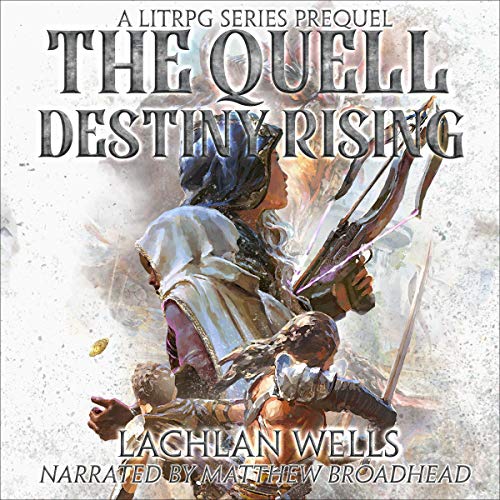 A LitRPG that destroys the boundaries of the known world.

Do you like to be whisked away into a new world of LitRPG wildness? Then read on...

When the Reckoning came, the world was plunged into the fantasy realm of the Quell. Those who remember the old world would say that it’s like those old video games they use to play only with the threat of death. Those in the Quell would say it has given them a life of freedom, while it has robbed some of everything they have.

In the Quell, it’s fight or die and Adrianna Swann aimed to live. Ever since her uncle got kidnapped by cultists, she has set off on her own quest of freedom and answers. The Quell is vast and full of horrors, pushing one's mind to the brink of insanity. Adrianna has never been too worried, though. Her uncle taught her everything she knew, and nothing was going to get between her and finding answers.

But how far is one girl willing to go to unlock the secrets of this world that everyone has known for so long?

What sacrifices have to be made to get what she wants and is she willing to make them?

This book is just the prequel, a taste of what the Quell might bring. I have much more for you where this comes from!

If you want to experience the realities of the Quell, buy today!

What listeners say about The Quell: Destiny Rising

This provides some good background to the main story. I always enjoy the narration of Matthew Broadhead. He has a good range of voices for his characters.

Writing and production was good. I listened to this before book 1. The story doesn't really start until the end though which does make you excited to hear book 1, which I enjoyed more. Narration was spot on what you'd expect for s LITRPG.

Definitely an interesting intro in to the series. I'm hoping that more can be explained about the class system. Narration-wise, I think it could have been better. It mostly felt a bit flat to me.