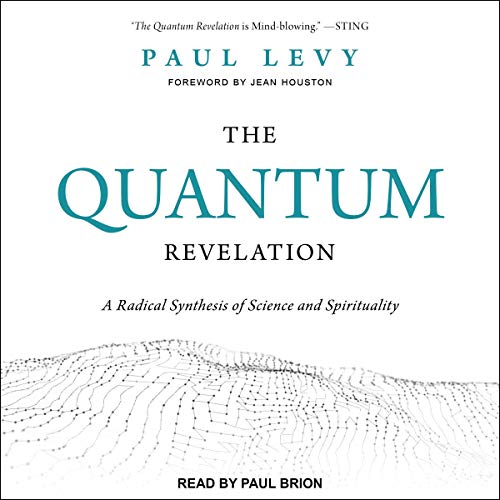 To say that quantum physics is the greatest scientific discovery of all time is not an exaggeration. In their discovery of the quantum realm, the physics community stumbled upon a genuine multifaceted revelation that can be likened to a profound spiritual treasure - a heretofore undreamed of creative power - hidden within our own mind. Quantum physics unequivocally points out that the study of the universe and the study of consciousness are inseparably linked, which is to say that ultimate progress in the one will be impossible without progress in the other.

Written for those with no physics background, Paul Levy's latest book, The Quantum Revelation: A Radical Synthesis of Science and Spirituality, is for those who have heard that quantum physics is a fascinating subject but don't quite understand how or why. Levy contemplates the deeper philosophical underpinnings of quantum physics, exploring the fundamental questions it provokes: What does it mean that quantum theory has discovered that there is no such thing as "objective reality?" How are we participating - via our consciousness - in creating our experience of a reality that quantum theory itself describes as "dreamlike"? What are the implications for us in our day-to-day lives that - as quantum theory reveals - what we call reality is more like a dream than we had previously imagined?

What listeners say about The Quantum Revelation

I’ve heard this material in bits and pieces. Now it’s all in one spot. Going to read it again this week!!!

Compete gibbering rubbish from start to finish. Psychobabble fiction at its worst. There isn't a single fact in the entire book. The author should have looked up what Quantum meant before he wrote the book as he seems to want to use the word to prefix every one of his failed bullshit concepts.