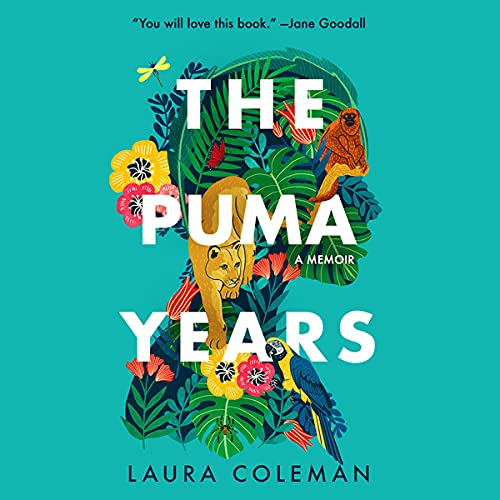 In this rapturous memoir, writer and activist Laura Coleman shares the story of her liberating journey in the Amazon jungle, where she fell in love with a magnificent cat who changed her life.

Laura was in her early twenties and directionless when she quit her job to backpack in Bolivia. Fate landed her at a wildlife sanctuary on the edge of the Amazon jungle where she was assigned to a beautiful and complex puma named Wayra. Wide-eyed, inexperienced, and comically terrified, Laura made the scrappy, make-do camp her home. And in Wayra, she made a friend for life.

They weren’t alone, not with over a hundred quirky animals to care for, each lost and hurt in their own way: a pair of suicidal, bra-stealing monkeys, a frustrated parrot desperate to fly, and a pig with a wicked sense of humor. The humans too were cause for laughter and tears. There were animal whisperers, committed staff, wildly devoted volunteers, handsome heartbreakers, and a machete-wielding prom queen who carried Laura through. Most of all, there was the jungle - lyrical and alive - and there was Wayra, who would ultimately teach Laura so much about love, healing, and the person she was capable of becoming.

Set against a turbulent and poignant backdrop of deforestation, the illegal pet trade, and forest fires, The Puma Years explores what happens when two desperate creatures in need of rescue find one another.

©2021 Laura Coleman. “She Unnames Them” by Ursula K. Le Guin was published in the January 21, 1985, print edition of the New Yorker magazine. (P)2021 Brilliance Publishing, Inc., all rights reserved.

What listeners say about The Puma Years