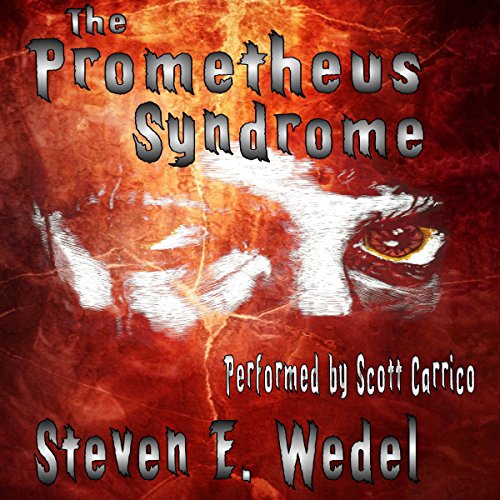 In the era of mullets, Reaganomics, and Hollywood heavy metal, Josh Cooper and his girlfriend Rana set out from Florida to Tennessee to reunite with an old friend to form a new rockabilly band. What was supposed to be a scenic turnoff from the main highway turns into months of captivity, terror, and unorthodox experimentation at the hands of a disgraced professor and his hillbilly followers.

Arriving in Nashville months late, Josh finds that his friend has formed a band without him and refuses to change the lineup. Rana is suffering from the trauma of captivity, and Josh might have to give up his musical dream for a workaday job. But then they learn that one of the Professor's experiments is following them.

What listeners say about The Prometheus Syndrome