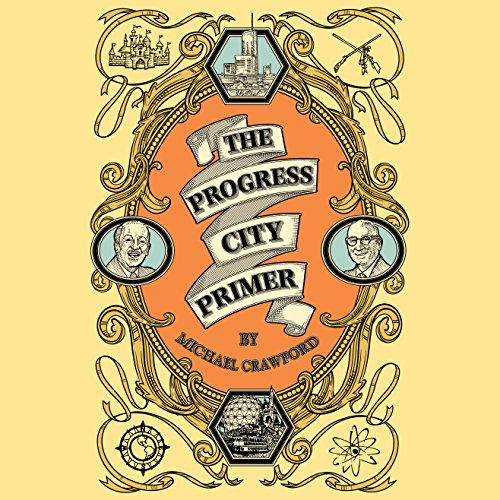 From the Progress City Archives comes this collection of tall tales and true from the annals of the Walt Disney Company. From Walt's on-set antics to the creations of modern-day imagineers, we've put together a sampling of stories from throughout Disney history.

Find out how imagineers created the technological wonderland of the Epcot Center!

Join us as we explore the obscure and amusing corners of the Disney universe. From Fantasia to Horizons, there's something here for every fan.

What listeners say about The Progress City Primer

What was most disappointing about Michael Crawford’s story?

His narration. Errors and boring.

Would you be willing to try another one of Michael Crawford’s performances?

If you could play editor, what scene or scenes would you have cut from The Progress City Primer?

A few tidbits of interest, 99% is not, or maybe it is just the narration. Material gleaned from Internet.

I'm not sure of the context of this book as I have tried 5 times to listen to this audio book and every time the monotoned reader would knock me out like Tyson! Sooo bad for engaging content...Great for insomnia:)

Occasionally bogged down by too many details and lackluster stories, the majority of The Progress City Primer is a fun listen. You'll learn interesting tidbits about Walt Disney and his theme parks (my favorite section being about Pooh for President) and it's a great way to get excited for an upcoming trip.

I bought this book to listen to on my plane ride to Orlando. Unfortunately I found it to be very boring. The narrator's voice had no emotion. The information that the writer claimed was unknown facts about Walt Disney were boring and uninteresting. It would have been more interesting to learn about his younger years or why he choose the projects he did, but that was not the case. I wish I hadn't wasted my money.