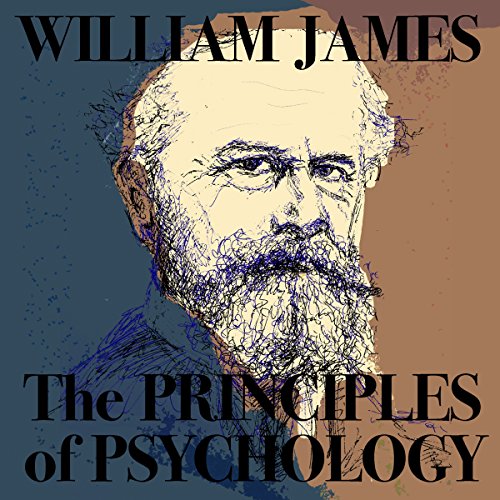 The Principles of Psychology, Vol. I

By: William James
Narrated by: Christian Chapman
Length: 23 hrs and 18 mins
Categories: Non-fiction, Psychology & The Mind
5 out of 5 stars 5.0 (1 rating)

The Principles of Psychology, Vol. I

First published in 1890, this book established psychology as a science and served as the quintessential work in the field for decades. James' intricate studies and paradigm-shifting ideas transformed the way we look at human thought and action. The text covers the core concepts of what it means to be human - brain function, consciousness, discrimination, memory, sensation, imagination, reasoning, and instinct. Chapters on four central ideas - habit, stream of consciousness (stream of thought, as James put it), emotion, and will - remain the definitive treatments of the topics.

James' work influenced all major branches of psychology that followed, including psychoanalysis, Würzburg, gestalt, behaviorism, cognitive psychology, evolutionary psychology, and behavioral economics. No credible psychologist of the last hundred years fails to cite William James and the Principles of Psychology as a major influence.

The book is published in two volumes, the first containing Chapters I through XVI and the second continuing from XVII to XXVIII.

Note: This audio has been edited to normalize narration speed.

Less than classy delivery of an old classic

Needs a far more measured and skilled delivery. Narrator sounds rushed, even slurped from a drink on three occasions. Digital chapters end and begin in the middle of sentences, a clear sign this was rushed and given little or no production value

Rushed. I honestly thought (and checked to see, multiple times) it was running at fast-forward speed. As mentioned above, he slurps drinks while narrating, for heavens sake. It doesn’t get worse than that

Classic material of course,but you are probably aware of that by the time you read these reviews

Badly rushed production on all levels. Most disappointed.

Happy this is on audible

I am overjoyed that James’ classic text on psychology is available on audio. I’m looking forward to volume two. However, the narrator must slow down (adjusting the speed does not help) and take time to learn the proper pronunciation of the well-known names that James references in this text.

Despite outdated science, the philosophical discussion and insightful, penetrating writing style of James' investigation into Psychology make this a classic. Another reader complained of the speed of narration; you can change the speed in the Audible app. To me the narration was an exhilarating jump into the stream of thought of a genius.

Found this book to be very straight forward, many of his insights were applicable to my own thinking

Read by narrator at a blistering pace.

Shame on the editor's of New Classic Books (if indeed there were any) for not moderating the breathtaking speed at which this great and timeless classic was read. I tried decreasing the speed on my phone to 0.75, but then the narrator sounds as if he were on Prozac. I have waited for years for this wonderful book to appear, which made it all the more painful to see it
read so as to make it almost unintelligible. Any competent editor, or narrator, would have realized the problem and made appropriate adjustments.

What made the experience of listening to The Principles of Psychology, Vol. I the most enjoyable?

This is the foundation of all modern psychology and it is astounding to see how farseeing James was in his work. He deals with some pretty complex stuff, but has a knack for bringing the science into very accessible stories and explanations.

What does Christian Chapman bring to the story that you wouldn’t experience if you just read the book?

the narrator's pronunciation and sentence stress is terrible making the book more difficult to understand.