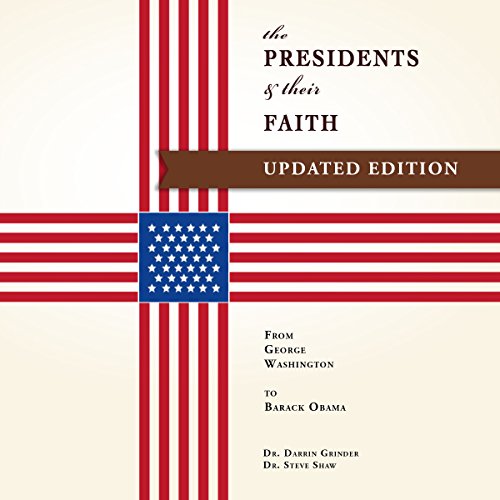 The Presidents & Their Faith

The old adage, "never discuss religion and politics", is roundly rejected in this incisive exploration of presidential history and religious faith.

This newly updated 2016 edition of The Presidents & Their Faith is a fascinating and informative look at how all US presidents exercised their personal faith, exerted presidential power, and led a religiously diverse nation.

Has there ever been a stranger prayer than Truman's, offered upon America's successful development of the atom bomb: "We pray that he may guide us to use it in his ways and for his purposes"?

At the nation's founding, Northeast Presbyterians demanded explicit mention of Jesus in the Constitution. George Washington refuted them, saying that religious piety "was a matter best left between an individual and his god; religious instruction was the responsibility of religious societies, not the civil state." What drove Washington to make that argument, and what if he had lost?

Who wouldn't feel like the exasperated FDR when he said, "I can do almost everything in the 'Goldfish Bowl' of the President's life, but I'll be hanged if I can say my prayers in it. It bothers me to feel like something in the zoo being looked at by all the tourists in Washington when I go to church...No privacy in that kind of going to church, and by the time I have gotten into that pew and settled down with everybody looking at me, I don't feel like saying my prayers at all."

But even more importantly, what's real, what's a show, and why does it matter when it comes to faith and politics?

These questions and more are unpacked and examined, leading to a whole new understanding of how religion and politics interfaced through America's history, and how they will play out in our future.

What listeners say about The Presidents & Their Faith