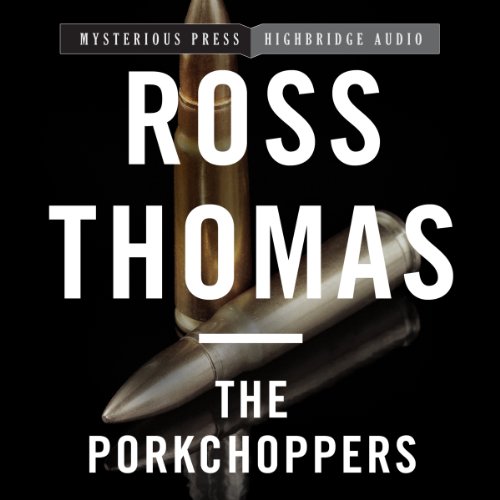 Born to a steelworker but harboring theatrical aspirations, Donald Cubbin grew up tempted by two careers. A Hollywood scout finally notices him, but Cubbin has already taken a job with the local union boss. He's always regretted that decision - especially now.

After decades climbing the ranks, Cubbin runs the show as the union's president. An election looms, and his opponent proves to be a dangerously loose cannon. Cubbin has made dozens of enemies over the years, and one has just engaged a hired killer. The fight for Cubbin's job starts with muckraking but could end in murder.

"A first-rate political novel of manners . . . the pace is superb, the plot brilliantly intricate, the dialogue crackling and witty." ( National Review)

What listeners say about The Porkchoppers

A humerous tone to an entertaining book

If you're in the mood for a lighthearted listen with humorous undertones this one will do it. It's about the re-election of a long standing Union boss and corrupt union elections with questionable political influences and behind the scenes maneuvers. Like so many of Ross Thomas's books, entertaining enough to keep me interested without having to concentrate too hard and well narrated by Brian Holsopple. I have Ross Thomas's books in the top tier of my library.