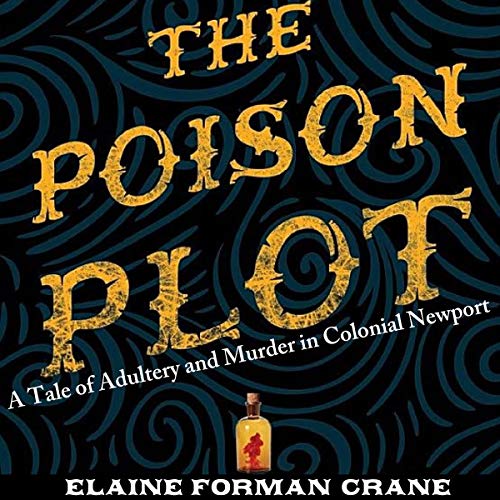 An accusation of attempted murder rudely interrupted Mary Arnold’s dalliances with working men and her extensive shopping sprees. When her husband Benedict fell deathly ill and then asserted she had tried to kill him with poison, the result was a dramatic petition for divorce. The case before the Rhode Island General Assembly and its tumultuous aftermath, during which Benedict died, made Mary a cause célèbre in Newport through the winter of 1738 and 1739.

Elaine Forman Crane invites listeners into the salacious domestic life of Mary and Benedict Arnold and reveals the seamy side of colonial Newport. The surprise of The Poison Plot, however, is not the outrageous acts of Mary or the peculiar fact that attempted murder was not a convictable offense in Rhode Island. As Crane shows with style, Mary’s case was remarkable precisely because adultery, criminality, and theft, and even spousal homicide were well known in the New England colonies.

The Poison Plot is an intimate drama constructed from historical documents and informed by Crane’s deep knowledge of elite and common life in Newport. Her keen eye for telling details and her sense of story bring Mary, Benedict, and a host of other characters - including her partner in adultery, Walter Motley, and John Tweedy the apothecary who sold Mary toxic drugs - to life in the homes, streets, and shops of the port city.

The book is published by Cornell University Press.

"An impressive piece of work." (Sandra Hempel, author The Inheritor’s Powder: A Tale of Arsenic, Murder, and the New Forensic Science)

What listeners say about The Poison Plot