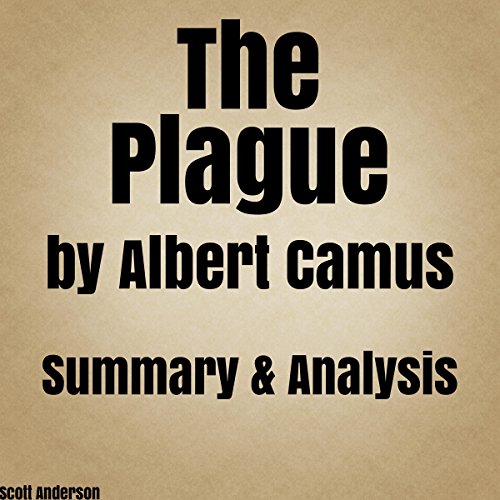 The Plague, is a novel by Albert Camus, published in 1947, that tells the story of a plague sweeping the French Algerian city of Oran. It asks a number of questions relating to the nature of destiny, and the human condition. The characters in the book, ranging from doctors to vacationers to fugitives, all help to show the effects the plague has on a populace.

The novel is believed to be based on the cholera epidemic that killed a large percentage of Oran's population in 1849, following French colonization, but the novel is placed in the 1940s. Oran and its environs were struck by disease multiple times before Camus published this novel. According to a research report by the Centers for Disease Control and Prevention, Oran was decimated by the plague in 1556 and 1678, but all later outbreaks, in 1921 (185 cases), 1931 (76 cases), and 1944 (95 cases), were very far from the scale of the epidemic described in the novel.

The Plague is considered an existentialist classic, despite Camus' objection to the label. The narrative tone is similar to Kafka's, especially in The Trial, whose individual sentences potentially have multiple meanings, the material often pointedly resonating as stark allegory of phenomenal consciousness, and the human condition.

Camus included a dim-witted character misreading The Trial as a mystery novel, as an oblique homage. The novel has been read as a metaphorical treatment of the French resistance to Nazi occupation during World War II. Additionally, he further illustrates the human reaction towards the absurd. The Plague represents how the world deals with the philosophical notion of the absurd, a theory that Camus himself helped to define.

What listeners say about The Plague by Albert Camus- Summary & Analysis

Not what I thought

I was looking to read the book "The Plague" and this came up first. very disappointed, now I know all about the story having not even read the original book by Albert Camus! For a student of literature this may be useful but for me it was a big disappointment, this should not be the first book viewed when searching for the novel The Plague.