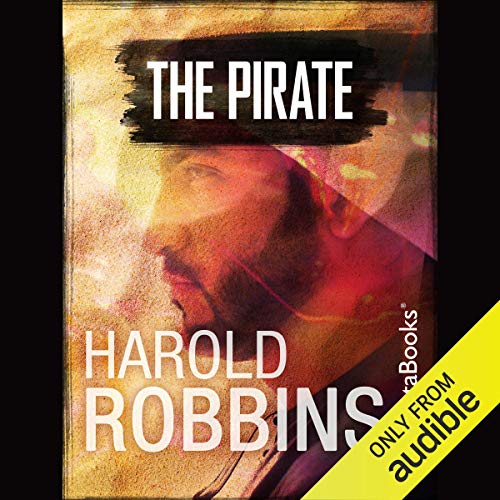 In a raging sandstorm, two men with their pregnant wives fatefully meet in the desert: Samir Al Fay, a Muslim doctor whose son will be named heir to the Prince of Beirut; and Isaiah Ben Ezra, a grizzled Jewish militant Zionist heading to the Promised Land. The women give birth - Samir's unconscious wife delivers a stillborn girl, Ben Ezra's wife dies delivering a healthy boy.

Transcending their differences, Ben Ezra gives his son to Samir. Only these two men know the truth of the boy's origin, and Samir vows to raise him as his true son - naming him Badyr. Years later, Badyr - now known as "The Pirate" - has become one of the wealthiest and most powerful Arabic entrepreneurs in the Middle East. Educated in the West, Badyr is more western than Arabic - but remains grounded in his perceived heritage and distrustful of Jews.

The Pirate is seemingly invincible, and with his looks, charm, and unending supply of money, no woman can resist him. But two women have power over his fate: one a long-lost love, another obsessed with the search for her missing father. However, it's not just Badyr's heart at risk. A web of political intrigue, corruption and terrorism threatens the business empire he worked to build, and he is drawn into a shadowy world of decadence, passion, and betrayal. Soon Badyr must decide whom he can trust, risking his life, family and fortune in that decision - and finds allies in the most unlikely of places, shocked by the reality he discovers.

From the author of The New York Times number one best-seller The Carpetbaggers comes a compelling tale of decadence, luxury, greed, and international intrigue set against a backdrop of Middle East oil and global terrorism. The Pirate was later adapted into the star-studded CBS miniseries featuring Anne Archer, Eli Wallach, Christopher Lee, Ian McShane, Armand Assante, and more.

"Robbins' characters are compelling, his dialogue is dramatic, and his style is simple and straightforward." ( The LA Times)

What listeners say about The Pirate

Another great story by Harold Robbins

Masterfully written, engaging characters and a great synopsis of the irony of life. Great book!

I found this book dated. I know it was written and set in the 70s but many other books stand the test of time better.

Cant get into the one dimensional characters

Well I tried for 20, minutes and really do not like this book. The characters do not seem real and has very boring narration with not enough inflection or pause to realize what you have just heard. It feels rushed and the writing is very immature, with not enough description of the people and places. everything is flat. I don't hear any real feeling. I don't get the plot or the people or anything about it so far. Really not for me. Must return it, sorry. The story "idea" sounded good. Maybe in hardcopy form it is?

Has The Pirate turned you off from other books in this genre?

Slower with more conversation in "real" sounding language between the characters. The little conversation there is, is very corny.

If you could play editor, what scene or scenes would you have cut from The Pirate?

The scenes are not the problem, besides them moving way too fast, and too many bombarding you all at once. With better writing, pace and narration, they might work?

this is a captivating read. worth it. I would recommend this. it has some real gems in here