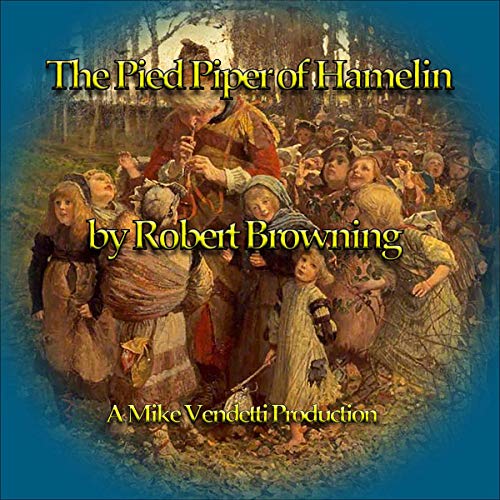 The Pied Piper of Hamelin

Masterfully read by award-winning narrator Mike Vendetti, travel to the town of Hamelin suffering from a rat infestation, when a piper dressed in multicolored ("pied") clothing appeared, claiming to be a rat-catcher. He promised the mayor a solution to their problem with the rats. The mayor, in turn, promised to pay him for the removal of the rats (according to some versions of the story, the promised sum was 1,000 guilders). The piper accepted and played his pipe to lure the rats into the Weser River, where they all drowned. The rest is a legend enjoyed for centuries.

What listeners say about The Pied Piper of Hamelin