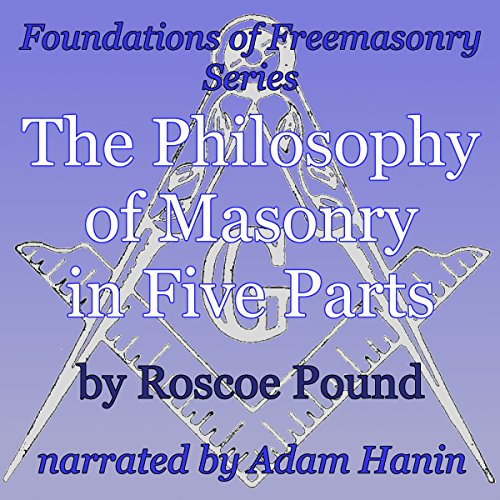 The Philosophy of Masonry in Five Parts

What listeners say about The Philosophy of Masonry in Five Parts

more for existing masons then those with curiosity

builds on knowledge I don't know thus not that impactful. though well written. if I set out to learn more of a kraft I knew it would have been helpful but it was not an introductory by any means.

Required reading for all Masons

Roscoe Pound was the Dean of Harvard Law School for much of the early twentieth century and a prolific writer. Pound was also a distinguished Mason and collected here are his research findings into four of the most influential Masonic philosophers.

Brother Pound concisely presents both his historical findings on these four men and their individual philosophies in a way very easy to digest. Pound's goal was to answer the question, "What it means it actually mean to be a Freemason?" In my opinion, he answers it right here.

Great insight in to great thinkers!

I got a lot out of those particular reading. It's not really an introduction or for beginners book. I've been a MM for a while now and the insight that was organized and presented was well thought out. In my opinion this would be great to suggest to the MM who's already study up some or has a firm grasp as to the administrative, history and terminology of the fraternity. I truely enjoyed this, so much so that I sat for its entirety. definitely deserves a second listen in time once reflected upon.