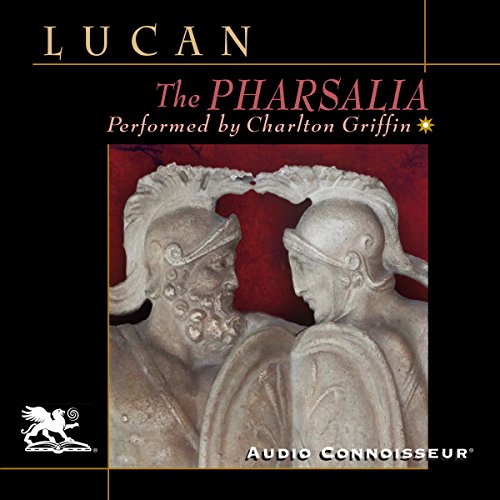 By: Lucan
Narrated by: Charlton Griffin
Free with 30-day trial

If you had been a court poet during the reign of the Roman emperor Nero, irritating the megalomaniac ruler would not have been wise. And one of the things which would have really angered Nero would have been the effort to write an epic poem about the struggle between Pompey and Caesar in which the noble hero (portrayed by Pompey) was the man who fought to preserve the Republic, and the selfish villain (portrayed by Caesar), the man who destroyed it. Yet Lucan wrote just such a poem, and Nero, naturally, hated both poem and poet. To the educated Roman of the mid-first century AD, the young Lucan probably appeared amazingly foolhardy. Naturally, his epic work got him into trouble. The poem abruptly breaks off in the middle of the 10th book. It was never finished because Lucan was ordered to commit suicide or face execution. He took poison.

Nero's ire is easy to understand. Idle talk about restoring the Republic had been making the rounds for quite some time, and the ruling Julio-Claudian dynasty did not want such talk taken seriously. Besides, the average Roman citizen was primarily interested in economic and political stability. Any discussion of the old Republic conjured up evil memories of earlier civil wars. But the brash young poet went right ahead and produced a minor masterpiece recounting the clash between Julius Caesar and the Republican aristocracy. Lucan called it "De Bello Civili" ("On the Civil War"). Later, it came to be called "The Pharsalia", the name of the battle where Pompey met defeat.

With soaring rhetoric, thundering speeches, cataclysmic scenes of war, and beautifully written passages full of the pathos of life and love, Lucan has left us an unfinished gem from Latin literature's Silver Age.

What listeners say about The Pharsalia

J.D. Duff is the translator, published in 1928. But Charlton Griffin’s performance is magnificent. Read Matthew Fox and Ethan Adams’ 2012 translation of Lucan’s Civil War while listening to this and you’ll get the full power of Lucan’s amazing story (which is greatly diminished in Duff’s).

PS Audible, please include the names of the translators, always and forever. Thank you!