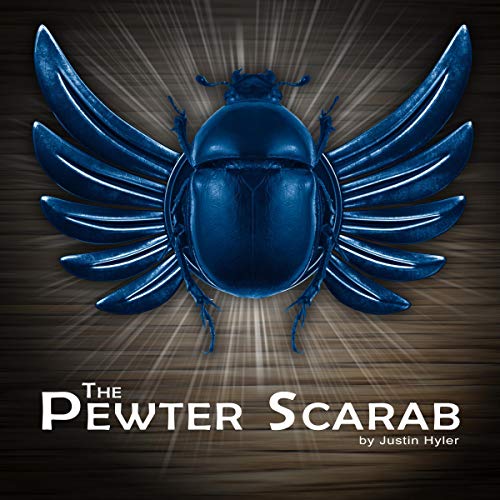 The Pewter Scarab is a fictional novelette. Oddly enough, I wrote the book based on a dream. I dreamt of the whole story, characters, plot twists, and all. I woke up, wrote the dream down, outlined the story, and fleshed it out from there. I think it’s like a parable with the characters reflecting religious characters from the stories of old, while the story itself provides a modern backdrop with an interesting twist on the science of genetics.

The story is about a financial analyst who discovers some anomalies in his reporting and is sent to Singapore to research the aberrant data. Upon his arrival at the company called Scarab Inc, he finds out that they are conducting illegal DNA research to manipulate human emotions.

During his adventure, he finds a guru in the form of a genetics engineer employee and discovers newfound abilities thrust upon him to thwart the Scarab Inc.'s diabolical aims.

What listeners say about The Pewter Scarab

From the authors characters through the whole story line, it will definitely keep you intrigued! give it a listen and see for yourself

Great description of characters and places. Story came together well. Kept my interest peaked and I loved the bits of comedic value added.