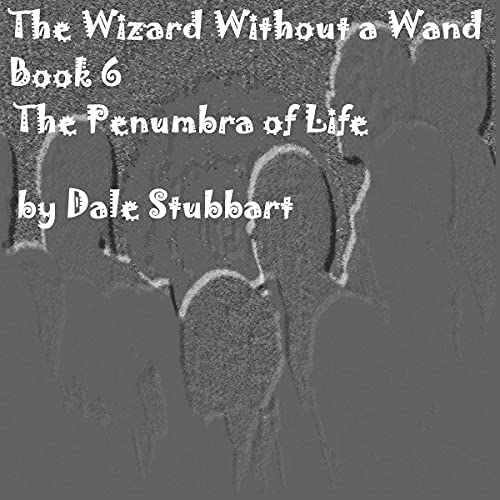 The Penumbra of Life

The Tensome are back at Wizard school for their fourth and final year. When they graduate they will be Wizards. What obstacles and opportunities lie in their path? Before they return, the Tensome are determined to get Shmedley a Wand. This is his last year of Wizard School. He really needs to have a Wand. Shmedley has made it through three years of Wizard School very successfully without having a Wand. But the Tensome think that he'll really need to have one this year. And besides, he's been without a Wand for too long. And if you think that's bad for Shmedley, what about the poor author?

What will we find out about Shmedley's parents this year? I mean what will we find out about those impostors who pretended to be his parents until they could ship him off to Wizard School. And who sends a kid to Wizard School without a Wand? Once they graduate, then what will they do? They have little time to ponder that, they're too busy with school and with finding out about Dangerous Territory.

What is a penumbra? It’s the lightest part of a shadow, the part at the edges. The umbra is the darker, inner part of a shadow. So, this book is about the lightest part of the shadow of the lives of Wizards School students. It’s the story about how they’re about to graduate and embrace the life of Wizards. Up to this point, they have just been students. After they graduate, they’ll be acclaimed as Wizards - cap and all.

What could possibly go wrong in their final year at Wizard School? How about accidentally traveling back in time? How about ending up in Wandmaking Class when you know nothing about that subject?

And what will these students do after they graduate? The principal has a surprise in store that may answer that question.

What listeners say about The Penumbra of Life