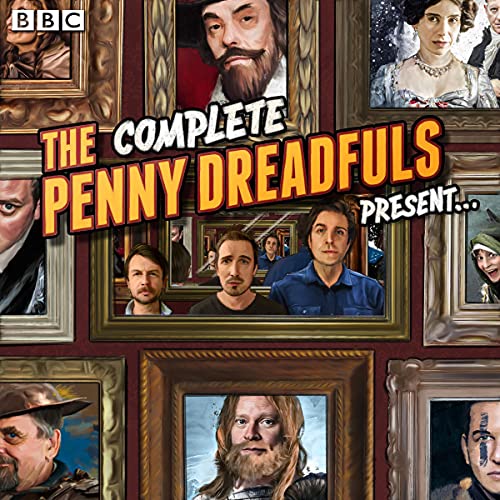 Sketch trio The Penny Dreadfuls made a name for themselves with The Brothers Faversham, telling the stories of nine extraordinary siblings in the Victorian era. In these 10 comedy dramas, they step away from the 19th century to revisit famous stories from history and literature. Featuring unforgettable characters, from the face of British treason to the last of the Plantagenets, their fresh, funny reimaginings are full of suspense, rip-roaring entertainment and gags galore.

In Guy Fawkes, they take a new look at the Gunpowder Plot; Revolution recounts the entire story of the French Revolution in just one hour (with jokes) and Hereward the Wake asks why this heroic Englishman, responsible for leading the fight against William the Conqueror's occupation, has been forgotten. Macbeth Rebothered tells an alternative tale of this noble King; The Odyssey tackles Homer's epic journey home after the Trojan War and in The Voyage of the Beagle, we hear the story Darwin left out of his tales from his time aboard HMS Beagle.

Le Carré on Spying takes us on an espionage romp through 1960s Berlin; Don Quixote condenses Cervantes' dense classic into an hour of mind-boggling fun and Hadrian's Beard considers the Roman emperor's dilemma: if he builds a wall across England, won't people just go around it in little boats? Finally, Richard III Rebothered combines history and belly laughs as the Penny Dreadfuls explore the notorious 'hunchback King'.

With all 10 plays collected together here for the very first time, this release features brand new introductions to each of the episodes, in which The Penny Dreadfuls chat about the making of these hilarious histories.

The Curse of the Beagle

"Without exaggeration, they are heirs to the madcap humour that made Monty Python so captivating." (The Skinny)

What listeners say about The Penny Dreadfuls Present...