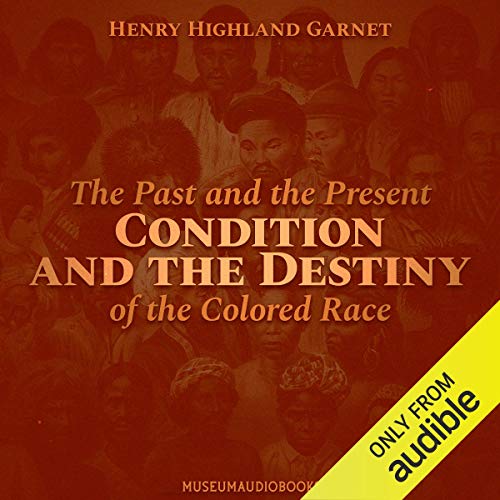 Henry Highland Garnet was an African American abolitionist whose "Call to Rebellion" speech in 1843 encouraged slaves to rise up against their owners. Garnet’s 1848 address to the Female Benevolent Society of Troy, New York, was published as The Past and the Present Condition and the Destiny of the Colored Race. In it, he elaborated on his convictions that the ancient Egyptians were Africans, that the Nubian warriors of Kush were celebrated by Homer, that the Song of Solomon was addressed to an African woman, that Moses’ wife was Nubian, and that Hannibal, Euclid, Origen, and Augustine were of African ancestry. Garnet examines the history of the slave trade and the end of slavery in the British empire, French and Swedish possessions, Mexico, and Haiti. Encouraging his people to pursue education, he envisions a destiny in which the world’s races are blended.