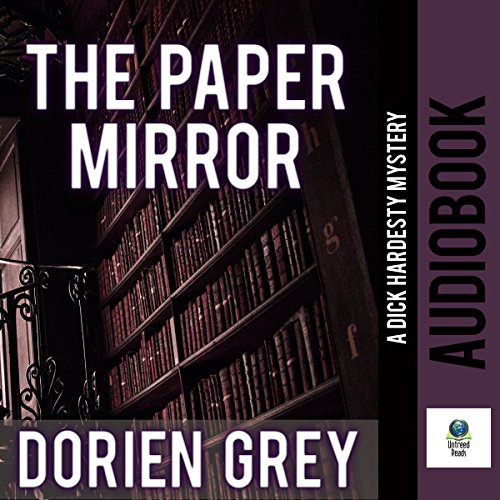 At the gala opening of a new library filled with homosexual writings collected by the late Charles Burrows, known for both his taste in writing as well as his eccentricity, Dick Hardesty and his partner Jonathan are enjoying a rare night out since four-year-old Joshua joined their household. The evening takes an abrupt turn when cataloger Taylor Cates is found dead at the bottom of a flight of stairs in the library. The library foundation enlists Hardesty's help in determining the truth of what happened - accident, or something more - which leads Dick to opponents of the creation of the library, and into the world of a long-dead, secretly gay writer, whose remaining family is determined to conceal his sexual orientation.

What listeners say about The Paper Mirror