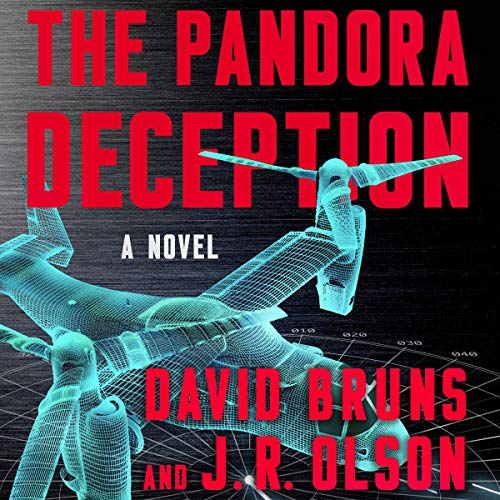 With The Pandora Deception, Bruns and Olson return with a captivating portrayal of modern day combat that "compares with the best of the timeless classics by Tom Clancy, Dale Brown, and Stephen Coonts." (Mark Greaney)

To effectively combat the rise of global terrorism, the US military must now rely on more than traditional weapons and tactics. Don Riley of the US Cyber Command is given charge of a brand new effort: A new team in the CIA Operations Directorate called Emerging Threats. To establish this team he recruits three talented recent commissioned naval officers - Janet Everett, Michael Goodwin, and Andrea Ramirez - and together they uncover a new terrorist group. The group is going under the name of the Mahdi, a messiah figure of Islamic mythology, and is operating in the geopolitical tinderbox that is the Nile River basin.

But the Mahdi is no ordinary terrorist group. Their stock in trade is not the usual suicide bombings and surprise attacks. In fact, the Mahdi has created and is about to release the worst kind of weapon: A hugely destructive bioweapon, known as Pandora, with a devastating fatality rate. And it will take all the resources that the US can bring to bear - intelligence assets, cyber warfare and military assaults - to not only find out who is really behind the Mahdi, but to stop them before they successfully destroy the balance of power in the Middle East.

What listeners say about The Pandora Deception

The narrator’s alternate voices for different characters was not very good. Otherwise he did a good job