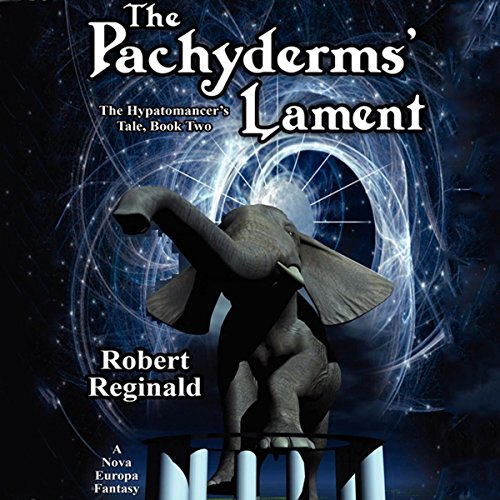 "Help me!" These words trigger an awe-inspiring jaunt through the multiverses that comprise the cosmos of Morpheus, Scanner Prime to the Queen of K'rynthia in Nova Europa. Faced with the consequences of his vision of collapse, not only for his own country, but for all of the civilized universe, Morpheus must somehow restore stability to the cosmos by finding a single prisoner on one of the infinity of alternate earths among the Otherworlds.

Accompanied by his faithful wherret, Scooter, and by a band of loyal cut-throats and adventurers, Morpheus prepares to embark on a quest that will whisk him from world to world.

In this second novel of the trilogy, something is happening in the outer circles of the cosmos, something that is threatening to destabilize the fragile equilibrium that holds the universe together - and has made interplanetary transit possible.

The answer lies on the world of the Pachyderms out beyond the Fifth Circle - an almost impossible distance to traverse. These strange elephantine creatures are the guardians and possible creators of the Elephant's Eggs - the four magical implements that will give Morpheus the tools he needs to heal the cracks in space and time. But finding the Eggs is not enough...

What listeners say about The Pachyderms' Lament