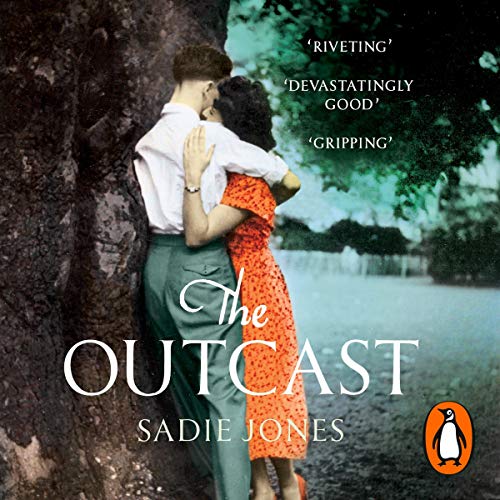 Random House presents the audiobook edition of The Outcast by Sadie Jones, read by Dan Stevens.

1957, and Lewis Aldridge is travelling back to his home in the South of England. He is straight out of jail and nineteen years old. His return will trigger the implosion not just of his family, but of a whole community.

A decade earlier, his father's homecoming casts a different shape. The war is over and Gilbert has recently been demobbed. He reverts easily to suburban life - cocktails at six thirty, church on Sundays - but his wife and young son resist the stuffy routine. Lewis and his mother escape to the woods for picnics, just as they did in wartime days. Nobody is surprised that Gilbert's wife counters convention, but they are all shocked when, after one of their jaunts, Lewis comes back without her.

Not far away, Kit Carmichael keeps watch. She has always understood more than most, not least from what she has been dealt by her own father's hand. Lewis's grief and burgeoning rage are all too plain, and Kit makes a private vow to help. But in her attempts to set them both free, she fails to predict the painful and horrifying secrets that must first be forced into the open.

As menacing as it is beautiful, The Outcast is a devastating portrait of small-town hypocrisy from an astonishing new voice.

"A gripping love story with a twist. If you liked Atonement by Ian McEwan, you'll love this." (Harper's Bazaar)

What listeners say about The Outcast

a great book - so atmospheric of its era you could reach out and touch the stilted atmosphere of the times. the painful story of the young man's relationship with his father, the woman's relationship with her new husband - quite astounding. I was carried away listening to it- This is the sort of book that needs applause. I will look out for more of Sadie Jones

It took me a little while to get into this book but once I was in there was no coming out! The book is brilliantly read and the characters completely come to life. There were times when I found myself yelling at them I was so involved. The events happen over 9 years and the era is caught beautifully in the narration and descriptions. I really recommend this book.

Great story very well told. One really got in to the characters and willed them on.

I got this book after I couldn’t stop listening to her other title ‘the snakes’ This book is a slow burner but again it’s depth of character and her psychological astute way of making her characters real is compelling. The book is quite painful and therefore a bit sad but it did hold me to the end and has a happier ending than her last story.

This was a brilliant 'read'. Great characters and storyline. Fascinating to realise that of course sells - harm predates this century. Voices of the characters brilliantly done.

Yes I couldn't turn it off

The way it was read Narrator was excellent.
Fascinating account of a young boys life

Have you listened to any of Dan Stevens’s other performances? How does this one compare?

Yes but wasn't possible with my schedule

Will look out for more read by Dan Stevens

Sadie Jones nails the era and character immediately. The reader is drawn in to a realistic portrayal of a life damaged by grief and abuse. It's a serious read, but one I remember vividly because of its punch.

Great Reading of an excellent drama.

A Sad, introspective story about lost of innocence in Post WWII Britain. Dan Stevens was the perfect choice to narrate this.

If you loved Atonement

... Then don’t bother reading this book. It really doesn’t hold a candle to it.

It's a love-hate thing

I'm not sure whether I loved this book, or hated it.
The writing style was so irritating, I almost switched it off several times... but then there was the story that just had to be heard to the end.
Fabulous portrayal of a difficult time.