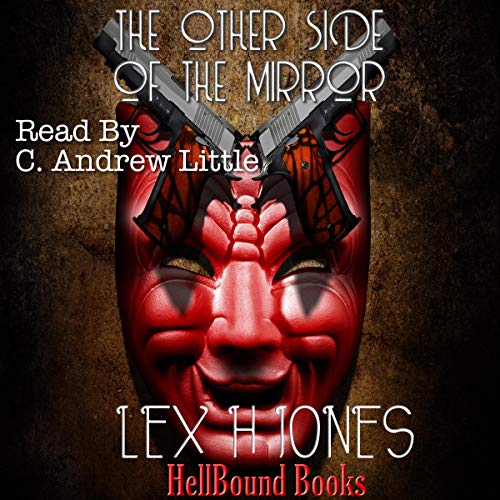 The Other Side of the Mirror

Carl Duggan has worked as a detective in the city for a long time. The kind of long where you’ve seen everything, and seen it twice. With that in mind, it comes as no surprise to him when a pregnant 19-year-old girl washes up on the banks of the Styx. But something about this one is different, and before Carl gets any answers, two more bodies join the pile - a corrupt Judge and a big-shot lawyer.

Carl’s gut tells him there’s a connection. There are the little things, the tiny details that others would ignore. The bodies keep on coming, then a second case rears its head: three young men with nothing in common except their sexuality, each murdered in their own home. Gaining little assistance from his fellow officers, Carl goes it alone into the darker regions of the City. Along the way, he makes acquaintances and enemies of the City’s more colorful residents, including the beautiful sister of the first dead girl, a Catholic hit-man dubbed "His Holiness", and a shady casino owner named Dice.

The closer he gets to the truth, the more Carl’s life is put in danger, forcing him to move further and further away from the rule of law. Never once does he suspect that the two cases are so intimately linked, or that the truth could be so close to home.

What listeners say about The Other Side of the Mirror

This book was perfectly written, I loved every twist and turn and the end will leave you speechless!! definitely worth the listen.

A bit noir detective and a bit dystopian reality. I usually have the killer figured out way before the end. Not this time. Thoroughly enjoyed the ride.

Great writing with the perfect narrator. More than just a straight forward crime novel, this has some weird twists and unexpected elements and is set in a nameless, timeless city. Awesome story, would highly recommend.

The Other of the Mirror tells the story of Carl Duggan as he tried to piece together a series of homicides in a city split by a river with wealth on one side, and poverty on the other. Duggan’s world is that of poverty and death.

This is a crime noir story that just feels dirty. With the characters and their depth and individuality, the city (which is itself a character), the story that has a pace that is beautifully executed and is well crafted to deliver what the reader needs at just the right time, we have a story that quickly hooked me and left me wanting more from these characters and this city.

Lex H. Jones has smashed it with this one. Definitely one of my reads of the year so far.