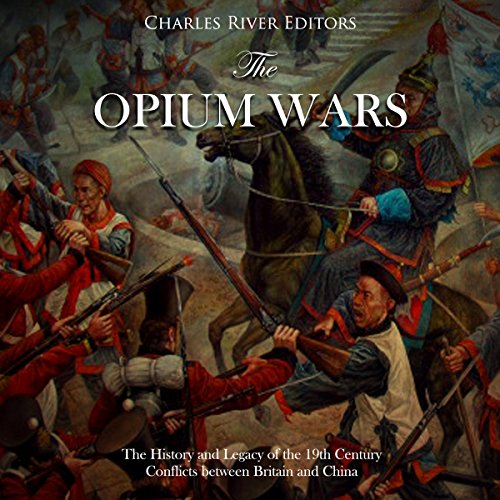 The 19th century saw the rise of one of the largest, most powerful empires of the modern era. The sun never set on the British Empire, whose holdings spanned the globe, in one form or another. Its naval supremacy linked the Commonwealth of Canada with the colonies in South Africa and India, and through them trade flowed east and west. An integral but underutilized part of this vast trade network included China, a reclusive Asian kingdom closed off from the Western world that desired none of its goods.

Unfortunately for China, the British had the might of an empire and economic force, not to mention modern arms, on their side. Breaking into China’s lucrative trade markets nearly destroyed the nation, severely discredited the Chinese dynasty, wreaked havoc on its people, and further propelled Britain’s empire into a dominant economic and military position.

The collision of these two empires took many years and caused much bloodshed. In fact, the troubles started well before the eventual hostilities, festering as frustration mounted until finally boiling over. Such was the state of relations between the British Empire and Qing Dynasty for the better part of the century, its footing upended from the very start of relations.

Both wars ended with British victories, but while in the first war other foreign powers did not muscle their way into China until after the war, in the second foreign powers followed right after the British. Where once the British loomed over China unchallenged, now new powers made their presence felt, and they had no intention of leaving anytime soon. The United States, established in China, opened Japan to foreign trade the same year as the signing of the Treaty of Tianjin. In less than half a century, Japan would supplant China as the dominant power in the region.

For these reasons, as well as others, the Opium Wars marked a dramatic shift in Asian history. Both wars were started over trade; the First Opium War was a blatant grab for money at the expense of a people who slowly succumbed en masse to drug addiction, while the Second Opium War was a war less about trade and more about national prestige. In the end, British arrogance started the wars, and Chinese impotence ended them.

The Opium Wars: The History and Legacy of the 19th Century Conflicts Between Britain and China examines the way in which trade, colonialism, and illegal drug use culminated with one of the 19th century’s most controversial fights.

What listeners say about The Opium Wars

A brief history of the Opium Wars

This is good for a brief overview of the opium wars. This book covers the highlights.