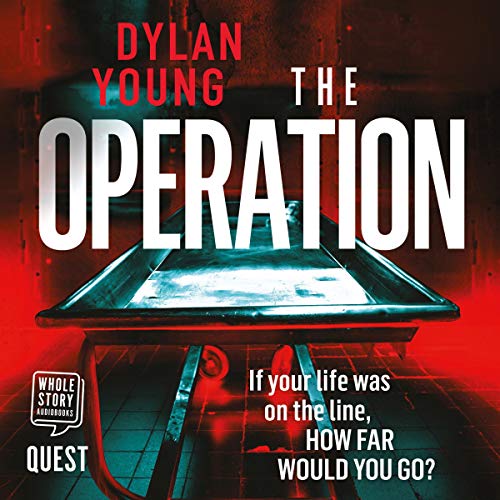 If your life was on the line, how far would you go? Surgeon Jacob Thorn isn’t worried when the police interview him over Nurse Katy Leith’s disappearance. She is a co-worker, nothing more. But when a leaked video of him and the missing woman arguing goes viral, the social media reaction is vicious.

When harrowing images of the kidnapped woman start to appear on his phone, along with a demand from her abductor that Jake confesses to a crime he has no recollection of committing, he is forced to act or face terrifying consequences. He needs to delve into the past for answers. But time is running out for Katy.

What listeners say about The Operation

THE OPERATION Was Not A Successful One For Me!

I just wasn't feeling it! I selected this title because I am a huge fan of tense psychological thrillers and was enticed by the storyline. I gave this book two hours and it did not move. The book's main protagonist was an unlikeable character with deep flaws and perhaps that, too, was why I abandoned this book. I will be requesting a credit.