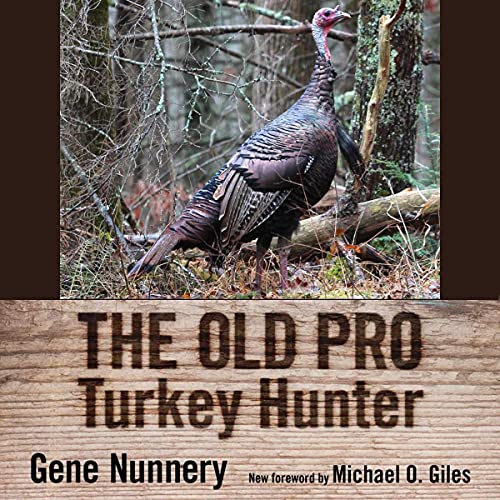 During his life, Gene Nunnery was recognized as a master turkey hunter and an artisan who crafted unique, almost irresistible turkey calls. In The Old Pro Turkey Hunter, the vaunted sportsman shares over 50 years of personal experience in Mississippi and surrounding states, along with the decades-old wisdom of the huntsmen who taught him. Throughout the book, his stories make clear that turkey hunting is more than just killing the bird - it is about matching wits with a wild and savvy adversary.

Through his stories, Nunnery reveals that the true reward for successful turkey hunting lies in winning the contest, not necessarily exterminating the foe. Real sportsmen know that every now and then, the turkey should, and will, elude the hunter. As Nunnery looks back on his extensive career, he analyzes vast differences in practice, old and new. The shift, he decides, came during his last 20 years on the hunt, and that difference has only increased in the decades since this book was originally published.

"You’ll be spellbound by some of the turkey tales in his book..." (Preston Pittman, five-time world champion turkey caller)

"A genuine classic, a blue-ribbon book on the sport which belongs on every serious sportsman’s shelves." (Jim Casada, recipient of the National Wild Turkey Federation’s Communicator of the Year award)

"This book is the best all-around book on turkey hunting that I have ever read." (Mark McPhail, winner of over 40 national awards for his calls)

What listeners say about The Old Pro Turkey Hunter