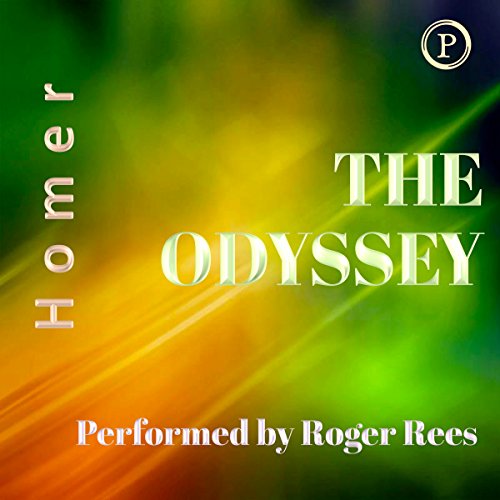 Long considered the world's greatest adventure story, The Odyssey is celebration of life in all its infinite variety. The poem has deeply ingrained in us the sense of life as a journey, introducing a gallery of characters and events that have profoundly influenced western literature. Scylla and Charybdis, Circe, the Lotus Eaters, a visit with the dead, and, through it all, Odysseus's determined search for home, are all here in a classic translation. This audio edition reflects the origins of this great epic as a tale meant to be heard - superbly narrated by Tony Award winning Welsh actor and director, Roger Rees, who is best known to television audiences for playing the characters Robin Colcord on Cheers and Lord John Marbury on The West Wing.

What listeners say about The Odyssey

Easy listening, history + entertainment. I always wanted to know about calypso... John Denver song + Pirates of the Caribbean. Interesting. Can’t really rate a classic- it is what it is!

This was my first exposure to the odyssey and I found it very interesting mythology in the way that creatures mingled with the gods almost as equals though there was always the possibility of annihilation at their hands. The gods were to be feared precisely because they were so wilful and unpredictable. I thought the reader performed very well
but I would not like him to perform EVERY story in the same way. I would hope for more EXPRESSION in other works, though the style suited The Odyssey