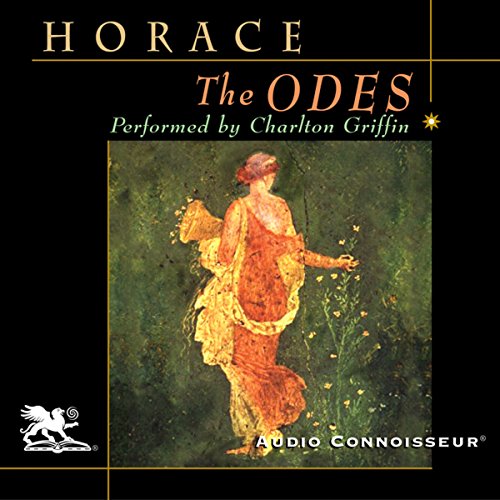 The Odes of Horace

By: Horace
Narrated by: Charlton Griffin
Free with 30-day trial

Along with Virgil, Horace (Quintus Horatius Flaccus) was the greatest poet produced by Rome, and in many ways his work has had arguably an even greater impact. He and Virgil were both discovered and brought to the court of Augustus by that remarkable aristocrat and patron of letters, Maecenas. But there the similarities end. Virgil was an epic and didactic poet; Horace was a lyric poet who adapted the complex meters of Greek poetry to the needs of Latin.

His brilliant expression and astonishing acumen continue to amaze readers today, either in their original Latin or in innumerable worldwide translations. Shakespeare's debt to Horace is incalculable, and it is difficult to read his Sonnets today without immediately being reminded of the famous Odes.

Horace, born in 65 B.C. in the southeastern region of Hellenized Italy, was the son of a freedman of modest means. In the civil war between Antony and Octavian, he threw in his lot with Antony and fled along with the rest upon their defeat at Phillipi in 42 B.C. His subsequent discovery by Maecenas and eventual rehabilitation with the Augustan regime was one of history's most fortunate reconciliations.

The works of Horace include the Odes, Epodes, Satires, Epistles, and various other fragments and hymns. His gentle nature and free-flowing mind produced some of the world's supremely great poetry, and his legacy to Latin letters is assured for as long as civilization itself remains. Horace died in 8 B.C., just a few short weeks after his beloved patron, Maecenas.

What listeners say about The Odes of Horace

The Odes of Horace

The translation is remarkable. It is both powerful and elegant. Muscular and refined. There is an excellent introduction, which states that the translation is faithful to the original. This translation leaves others in the dust. My appreciation of Horace has totally changed. Also, the reading is perfect. His voice gives the poems the majesty they deserve.

This is the most perfect translation of Horace imaginable (so good W.H. Auden did not dare try to top it) and it is read beautifully -- NEARLY perfectly. I am a new, raving fan of Charlton Griffin (having just finished his reading of Ovid) and adore his reading here too. One tiny flaw: Griffin seems to miss some of the incredibly subtle rhythms and rhymes that Michie miraculously creates. But absolute perfection is far too much to expect of any reader and Griffin is awfully darn close to achieving miracles himself. A solid 5-star performance well worth listening to again and again.

Wonderful reading of a great poet

As listeners of audio literature know, the voice of the narrator and the quality of the recording are two elements which matter greatly in determining the enjoyment of the piece. This edition of Horace's ODES hits the mark on both accounts. Charlton Griffen's voice is rich, clear and suitably evocative for the task at hand, and the sound quality is clear and consistent. The translator (James Michie) is one of the important interpreters of Horace in English and has given us a wonderful translation here. And so the team of translator, narrator and audio engineer make this a welcome production for those who love Horace.

One positive technical feature of note is that the piece divides into 6 separate tracks on my iPod, whereas my iTunes library simply provides the piece as a single 4 hr. and 18 min. track. The separate tracks make navigation among the different 'books' of the ODES a bit easier.

All in all, an excellent purchase.

So poetic, so flowing - the translation to English is wonderful. The rhyme scheme keeps you enchanted.

I have listened Charlton Griffins narrations of Horace and Martial and I can't recommend this series of classics enough. Truly brings the classics to life. I can't wait to dive into his Catallus book next.

You won't find better reading of the classics anywhere.

Must listening for lovers of antiquity

Pretty good reading of an excellent translation of some of the greatest ancient poetry. The musical introductions also add to the ancient ambience.

Lyrical presentation to match the lyrics.

Unfortunately, Horace is not recognize by most people although his storylines have lived on through younger generations.

I especially liked the historical introduction.